Singer will be out 'After Dark' 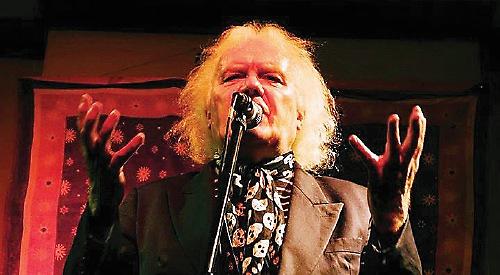 A READING nightclub that was threatened with closure and being turned into flats but recently reopened is to get another new lease of life tomorrow night (Saturday) — as a live music venue.

With its unique layout — including an intimate pool table bar separated from the main dance area by a corridor — the After Dark in London Street has been a popular haunt of students and others for decades.

The stage is relatively small but the club has hosted many live acts in the past.

Now Caversham-based singer-songwriter Alan Clayson is preparing to spearhead a return to those days with the launch of his band the Argonauts’ new album, This Cannot Go On...

Mr Clayson said: “The gig will also showcase a one-night-only reformation of The Complaints, an outfit who were very active locally in the Eighties. Moreover, the Argonauts and I remain very much a going concern, 12 years after reforming as a tribute band to ourselves.”

Doors open at 7.45pm. Entry is £5 and tickets can also be booked online in advance by visiting the club’s Facebook page, which links to www.wegottickets.com