Seventies giants are rocking up for pre-Christmas show 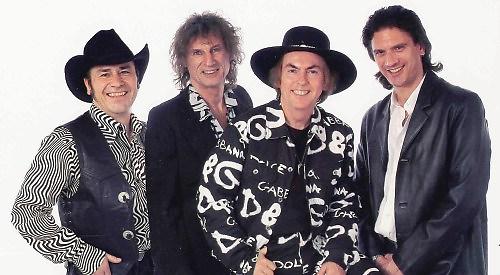 And the good news is, they’re promising to make a lot of “Noize”.

Hailing from Wolverhampton, the band had a huge hit in December 1973 with Merry Xmas Everybody.

It was their sixth and final UK number one, but since being rereleased for the first time in 1980 it has charted virtually every year since.

On the back of this success, Slade have continued to tour the world. They are firm favourites on the lucrative German festival scene and undertake an annual UK “Merry Christmas Everybody” tour every December.

Mal has had an extensive career, featuring with Rockin Horse in the Seventies, heavy rock band Golden Night, and German rock band Hazzard.

He was also a founder member of London fun-pub band Paddy Goes To Holyhead, later becoming lead vocalist of Sweet.

A spokesman for the band said: “Slade today is still one of the most exciting bands on the road, and their stage performance is a dynamic, powerful and exhilarating roller-coaster ride of pure unadulterated rock’n’roll.”

Doors open at 7pm at the Cowley Road venue, with support coming from Kassettika.

Tickets are £26.65 including booking fees and can be booked by calling 0844 477 1000 or visiting www.academymusicgroup.com/o2academyoxford