Snowed-off concert's back for Epiphany 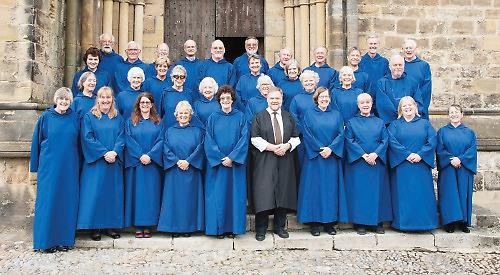 AFTER being forced to cancel its planned Advent concert due to the snowfall earlier this month, Goring Chamber Choir has decided to rebrand the event.

The concert at St Thomas’s Church in Goring was originally supposed to have gone ahead on Sunday, December 10, at 3pm.

But the choir’s chairman Graeme Pearce said: “We are now going to ‘reimagine’ the concert as an Epiphany concert. It will be a very similar programme to the original but with some content changed to reflect the Epiphany theme.”

Titled “A Shining Star”, the rescheduled concert will take place at the church on Sunday, January 14, at 3pm.

Mr Pearce added: “Our Epiphany concert of Christmas carols is filled with radiant light. Sparkling stars shine over the Christmas scenes — the shepherds, the child in the manger, the three kings.

“The beautiful songs may come from Spain or Sweden but are all bright with stars, and are mixed with seasonal poems to lift the spirit.

“Please note that tickets bought for our cancelled concert on December 10 will remain valid for this concert.”

Steve Bowie is the accompanist for the event, for which tickets are priced £10 and £12.

These can be purchased in advance from the Inspiration gift shop in The Arcade, High Street, Goring, or from a choir member.

Tickets will also be available on the door on the day. For more information, visit www.goringchamber
choir.org.uk