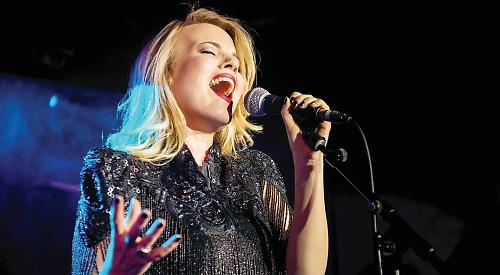 HENLEY singer-songwriter Mollie Marriott is among a host of stars from the music world who are paying tribute to blues legend Elmore James in the New Year.

Tom Jones, Rodney Crowell, Bettye LaVette and Billy Gibbons of ZZ Top are among the artists behind the album Strange Angels: In Flight With Elmore James.

The album aims to mark James’s centenary and will be released on January 26 — one day before what would have been the bluesmaster’s 100th birthday.

Strongly influenced by Robert Johnson, he was just 45 when he died of a heart attack in 1963 — just over a decade on from his landmark recording of Dust My Broom, the blues guitar riff of which inspired a host of future rock performers and led to James being known as “the King of the Slide Guitar”.

Strange Angels features 13 new versions of tracks from James’s body of work, including Crowell’s take on Shake Your Moneymaker and Jones’s rendition of Done Somebody Wrong.

Marriott, meanwhile, gets bluesy on My Bleeding Heart, which James wrote and recorded in 1961 and which was later popularised by Jimi Hendrix, who recorded several versions of it.

She said: “I chose My Bleeding Heart because I love the imagery it brings and it’s a song that has stuck with me for many years — I love the attitude in it. Calling someone out with sheer frustration and yet you can still hear the heartbreak. He’s not ashamed to admit loneliness but at the same time isn’t begging anyone back, just fighting for his right.”

The singer’s involvement in the Elmore James project follows the release of her debut album Truth is a Wolf at the start of November.