Folk giant has world on a string 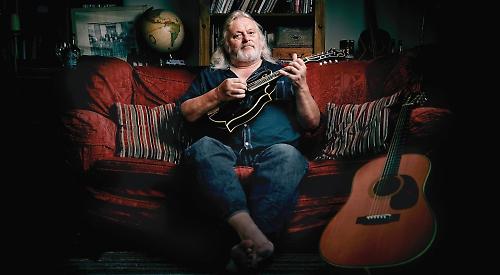 The multi-instrumentalist’s “String Theory” tour will feature material old and new and showcase his exceptional way with all things stringed.

Beer is one half of the multi-award-winning acoustic folk and roots duo Show of Hands, who this year sold out the Royal Albert Hall. But he’s also in demand in his own right as a captivating solo performer.

The String Theory tour will see him delivering his unique recipe of rich vocals and flawless musicianship across a range of stringed instruments including slide, Spanish and tenor guitar, mandocello, viola, mandolin and South American Cuatro.

As well as some Show of Hands classics, Phil will deliver his signature interpretation of much-loved folk and rock songs alongside a wealth of brand new material.

String Theory runs from February 2 to March 24. For more information, including a full list of tour dates, visit www.philbeer.co.uk

Phil says, “2017 was such a busy year with the Albert Hall show, festivals and band tours. This year I’m looking forward to something a bit different. There’s something about a solo tour which makes me feel really connected with the audience. I’m also planning the release of a very special eight-disc boxset and am looking forward to sharing new material from that.”

Following the tour, Phil will be focusing on “Folkboat” — a project that brilliantly combines his two greatest passions: music and sailing. Then in September he’ll return to the stage as Show of Hands prepare for a busy autumn.