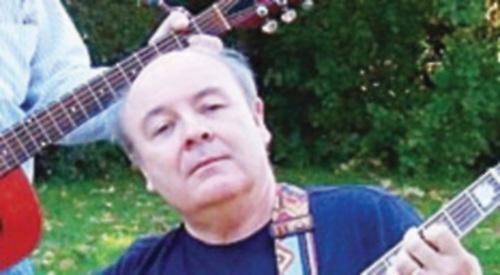 AN album of festive comedy songs by Henley Standard drama critic Mike Rowbottom has raised around £400 for the Thames Valley branch of Muscular Dystrophy UK.

Titled Xmas Xcess — A Sideways Look at Christmas, the start of December saw 100 copies of the album released on CD, priced £5.

These have now all sold out, but the album remains available on download from Amazon, iTunes and other online music vendors.

Mr Rowbottom, who plays locally with the Rolling Stones covers band Crossfire Hurricanes, wrote six of the eight tracks on the album.

He said: “The thing about these songs is that most Christmas songs only have a Christmas life — from the middle of December through till the 25th or maybe the 26th. But I could bring any one of these out at any time of the year because they’re comic songs. Everybody just identifies with them.”

He added: “The producing part is fun — you get to make music and tart it up. But putting too many songs on the CD dilutes the impact, especially if the songs are diverse. Next time I’ll keep it to no more than five and market it as an EP!”