'Delilah' songwriter is playing at pub 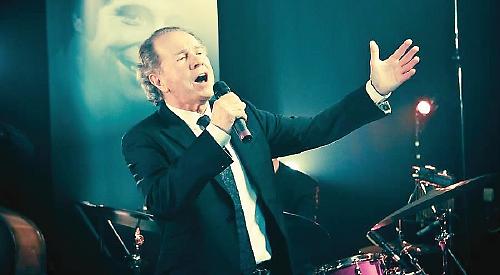 THE man who wrote Tom Jones’s 1968 hit Delilah is playing at the Crooked Billet in Stoke Row 50 years on.

The pub’s chef-proprietor Paul Clerehugh said: “Imagine writing hits for Elvis Presley, Rod Stewart and Tom Jones. Imagine sitting with those stars and teaching them your songs. Elvis Presley has just bought your song — you’re sitting with him, going through the lyrics and chords. Barry Mason did exactly this!”

Barry Mason came to prominence in the Sixties, writing hits for the Dave Clark Five, Wayne Fontana, Engelbert Humperdinck, Des O’Connor, Petula Clark, Demis Roussos, Elvis and PJ Proby — who was the first artist to record Delilah but subsequently refused to include it on his next album.

Over the decades Mason has written hits for the most diverse spectrum of artists including Jimmy Page and Tony Christie, the anthem Marching on Together for Leeds United, and Who’s Doctor Who for Doctor Who.

Other than Delilah, his biggest hits include Where is Tomorrow by Cilla Black and The Last Waltz by Engelbert Humperdinck.

More recently, Barry was the writer for English singer Declan Galbraith debut album, Declan, which included the hits Tell Me Why and Till The Day We Meet Again.

Mr Clerehugh added: “In the Seventies and Eighties, Barry scored hits for numerous stars, including Edison Lighthouse, The Fortunes, Alvin Stardust and The Drifters.

“Most artists would be delighted with half a dozen chart hits. Barry has written more than 100. He gained numerous gold and platinum awards for his work, including five Ivor Novello Awards.”

Barry Mason plays the Crooked Billet on Wednesday, February 7. He will be accompanied by pianist Mike Drinkwater, who studied at the Royal Academy of Music before working on West End shows including Mary Poppins. He has also written music for ballet, TV and theatre.

Mr Clerehugh added: “Hear Delilah and scores of other hits performed by the chap who wrote them, along with absolutely fascinating stories and anecdotes from his outstanding career.”

Tickets are £15. The Crooket Billet’s full regular menu will be available on the night. For table reservations, call the Newlands Lane pub on (01491) 681048.