Purdy's next guest star is happy to 'pay it forward' 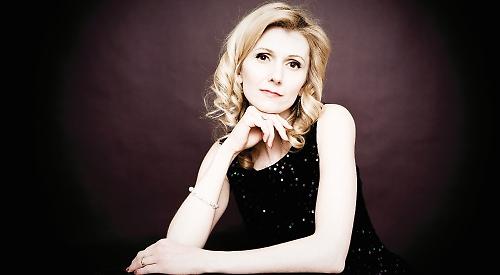 IT’S not every day that Henley witnesses the birth of a new musical institution — but that’s what happened in September when singer-songwriter Purdy launched her pop-up jazz club on an unsuspecting world.

Okay, not that unsuspecting — the Henley Standard had been first with the story back in June. But there were no guarantees that the venture would find an audience.

Nearly six months on, though, the monthly club night held at the Henley Amateur Operatic and Dramatic Society’s rehearsal studio in New Street is going from strength to strength.

Last month saw an all-star line-up of artists from the 606 Club in Chelsea — which recently celebrated its 40th year as one of London’s top jazz venues — take to the stage.

A “New Year Extravaganza” drew the crowds on December 31 — giving Purdy, aka Rebecca Poole, plenty to celebrate as 2018 gets under way.

For her next club night at the venue on Saturday, February 3, Purdy has invited one of her fellow jazz chanteuses to share the stage.

Fleur Stevenson is known for her scat singing style and passionate interpretation of jazz classics.

Hailing from Crowmarsh near Wallingford, she enjoys collaborating with other musicians and has previously sung at both Ronnie Scott’s and the Pizza Express Jazz Club in Soho.

Closer to home she has become a fixture of the Brakspear Jazz & Blues Week, which is held each November at pubs in the Henley area, and has performed at the Five Horseshoes in Maidensgrove, the Golden Ball in Lower Assendon and the Horns in Crazies Hill among other venues.

Like Purdy, Fleur has also founded her own regular event — a “Jazz Singers’ Night” held at the Global Café & Bar in London Street, Reading, on the third Tuesday of each month.

“It’s quite a late one,” she says. “It’s nine till 11. What normally happens is I will sing for the first half hour — we have a two-hour gig — and then it’s completely open to any jazz singers.

“So I’ll ask people who want to come and sing just to come and have a word with me and we’ll get folks up to do two songs each.

“Then I’ll dip in and out and do the odd song or help any singer who’s not that confident — I’m there at the side of the stage to help them out.”

Having herself been mentored by a number of the country’s leading jazz singers — most notably Claire Martin and Anita Wardell — there seems to be an element of “paying it forward” about Fleur’s Global Café venture. Now 31, she started it going in 2013 and hasn’t looked back since.

“It’s a really lovely vibe,” she says. “It’s great! It’s so important to do something like that — to give people the opportunity. A lot of people don’t get an opportunity to play with a band — drums, bass, piano, guitar. And it’s completely free as well, so it’s a really important thing and we’ve done it for four years now.”

As you’d expect, the monthly event has proved a popular one over time. “We’re not short for singers,” says Fleur. “It’s quite a full evening of song and everyone’s different, you know? So it really is a lovely evening.” Has she “discovered” anyone while she’s been doing it? “None of the current superstars but there are some that should be!” laughs Fleur. “We’ve certainly helped with many musical journeys. Lots of folks who would still be singing in the shower without opportunities like Jazz Singers’ Night. It’s great to see our regular singers grow and change over the months, and always lovely to welcome new singers of all abilities too.”

Looking ahead to Saturday, February 3, Fleur is clearly relishing the occasion.

“I can tell it’s going to be a very special night and it’s a wonderful venue because it’s small and intimate and extremely jazzy — and that’s what jazz is all about,” she says.

“As an artist, that’s what we love — we love to have the intimacy and the audience around us — you know, an audience that really enjoys the music and are there to listen.

“So it’s going to be a really special night and we’ve got some wonderful musicians — we’ve got Stuart Henderson on trumpet, Hugh Turner on guitar and Raph Mizraki on double bass. And I’m sure Rebecca will do some of her own material — she’s a fabulous songwriter.

“I’ll do my own take on some of the old jazz standards — a sort of modern take. So there’ll be lots of swing and jazz standards, a couple of Latin numbers and maybe a funk number if the mood is right! And lots of bad jokes! We like to have fun — we like to keep it light, you know? So it should be a really special evening.”

Purdy said: “I haven’t worked with Fleur before but we are friends. I have been to her night at Global, which is a great showcase for aspiring singers. I’m really looking forward to inviting her to the club and sharing the stage with a consummate jazz vocalist. Fleur has promised me lessons in scatting if I impart some songwriting tips!”

Tickets for Purdy’s Pop-Up Jazz Club on Saturday, February 3, are £21 and can be booked online at www.purdymusic.co.uk