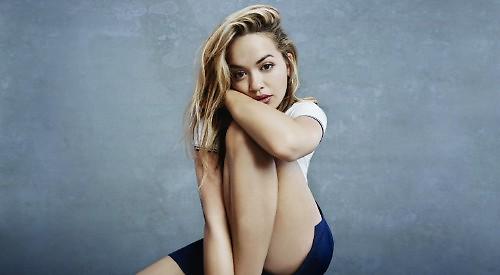 NILE RODGERS and Chic are to perform on the Friday night of this year’s Henley Festival.

The award-winning American musician and producer is among the nightly headliners at the five-day festival along with Rita Ora, Grace Jones and Curtis Stigers.

There will also be the return of classical music with the English National Opera appearing on the final night.

Other acts include comedians Paul Merton, Mark Watson and Jon Culshaw while the restaurateurs will include TV chef Angela Hartnett.

The line-up for the 36th festival in July was revealed at a special event for about 80 friends, patrons and sponsors in the grandstand at Phyllis Court Club on Monday evening.

Chief executive Charlotte Geeves said: “What we have got this year is a really lovely, varied line-up. It’s balanced and has got something for everyone — that is what we are striving for.”

The festival will begin on Wednesday, July 11 with four-time chart-topper Ora on the main “floating” stage.

The 27-year-old singer shot to fame in 2011 with the release of her debut single How We Do (Party) and album Ora, which both went to number one. Her other hits include R.I.P., Hot Right Now, Radioactive and I Will Never Let You Down.

Ora is currently number six in the UK singles chart with Anywhere and is due to release an album later this year.

Stewart Collins, artistic director of the festival, told guests at the launch: “It’s incredibly exciting and it’s great she is at the top of the charts. She is an extraordinary entertainer and it will be a great start.”

The following night it will be the turn of Jones, the Jamaican-born singer, actress and former model.

She recorded her debut album Portfolio in 1977 after quitting the catwalk and had a number of hits, including Pull Up To The Bumper and Private Life.

Jones, 69, played baddie henchman May Day in the 1985 Bond film A View To A Kill and is also known for slapping chat show host Russell Harty on live TV in 1981.

Her Henley set will include her reinvention of Edith Piaf’s La Vie En Rose and is expected to include her dance-club hits — and a string of costume changes.

Mr Collins said he expected her performance to be “extraordinary and beautifully entertaining”.

On the Friday, it will be the turn of Rodgers, who has had a successful career as a guitarist, composer and arranger as well as a producer and performer for five decades.

He co-founded Chic with bassist Bernard Edwards in 1976 and they went on to have chart-topping hits including Good Times, Le Freak, Everybody Dance and I Want Your Love.

More recently he has worked with artists including Daft Punk and Sam Smith.

Mr Collins said: “He has worked with everybody from David Bowie to Madonna as well as being a great performer himself. With Chic he had some great disco hits in the Seventies and Eighties. It’s a most magical show.”

He revealed that Rodgers was only confirmed days ago, which produced gasps from some of Monday’s guests.

“He had something like 80 offers from the UK for four or five gigs so to land someone like that is an incredible get,” said Mr Collins.

Stigers, a jazz vocalist and celebrated saxophonist and songwriter, and Ronnie Scott’s Big Band will perform “Sinatra at the Sands” on the Saturday night.

The performance will have echoes of Frank Sinatra and the Count Basie Orchestra, who recorded the album with such classics as Come Fly With Me, One For My Baby and My Kind of Town at the Sands Hotel and casino in Las Vegas.

As the Henley Standard revealed in December, classical music will return on the final night.

The English National Opera will appear with a 70-piece orchestra and 40-strong choral section under the baton of music director Martyn Brabbins.

Their repertoire includes great operas such as Carmen, The Marriage of Figaro, Madam Butterfly, Turandot and La Traviata.

Mr Collins added: “On Sunday we’re going back by the popular demand of our supporters who have said ‘what happened to classical last year?’ The English National Opera will be doing some of the most fantastic operatic music.

“Those who have supported us for many, many years understand what that means for that kind of night. It will be beautiful on the river with the sun in the sky and beautiful music sweeping us through to the end of the festival.”

Ms Geeves added: “They don’t perform at festivals and at the moment we are the only one they are doing this summer.

“To see them outside the Coliseum in London and at the top of their game at the festival will be incredible.”

New to this year’s festival will be a nightly performance by acts from BBC Music Introducing, which was created in 2007 to support unsigned and undiscovered musicians. Its alumni include Florence and the Machine and Ed Sheeran.

Henley “pop-noir” singer Purdy will be among the performers at the festival’s own jazz club in the Spiegel Tent while the Bedouin Tent will return with music from around the world as well as showcasing Henley folk musician Megan Henwood.

Among the 25 comedians appearing will be Lee Nelson, Lucy Porter and Dominic Holland as well as a number of up-and-comers. Hartnett, a Michelin-starred chef, will be creating a bespoke menu for the Riverside Restaurant.

She said: “I am absolutely delighted to be working closely with the Henley Festival for the first time and to serve the food that I love at such a great and iconic event.”

Several local restaurants will have pop-ups at the festival including the Spice Merchant in Henley and Paul Clerehugh’s Crooked Billet in Stoke Row. There will also be street food.

Artists who will be showcasing their work include sculptors David Mach and Rosamond Lloyd and landscape photographer Charlie Waite.

The family Sunday will include entertainment from children’s favourites Mr Bloom, Mr Danger and Fun & Gamz.

Each night’s main show will climax with a fireworks display designed by Titanium Fireworks.

Tickets will go on sale to the public on February 5.