Arabesques and castanets are key to Iberia's signature sound 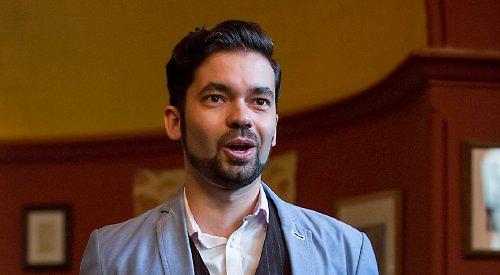 ANYONE seriously wanting to learn more about opera should get themselves down to one of Opera Prelude’s excellent lecture-recitals.

To start the 2018 spring season, Friday morning’s lecture took us on a journey through the ages of operatic output from the Iberian peninsula.

Keenly passionate about his subject and his personal heritage, Portuguese baritone Ricardo Panela talked of the development of opera in Portugal and Spain.

What could have been a dry subject was spiced with well-researched detail and musical examples — some of which he sang himself, accompanied by pianist Natalie Burch.

We learnt how 20th century Iberian opera was influenced by philosophies and music from as far back as the pilgrimages of the Middle Ages.

Though composers of the Baroque and Classical periods followed musical styles typical of Europe at the time, there has always been an enduring sense of nationalism.

Audio clips of works by Almeida, Soler and Marcos Portugal could have been Handel or Mozart.

However, on closer analysis we could hear flamboyant arabesques and castanets, thus retaining the traditional dance rhythms and instruments of Spain and Portugal.

Built in Lisbon in 1755 at the height of Portugal’s wealth and power, it was the predecessor of today’s much less opulent Opera San Carlo. A feat of engineering for its time, it gleamed with gilt and incorporated the river on to the stage.

We saw images of what the opera house would have looked like and a reconstruction of the earthquake and tsunami that completely destroyed it four months later — along with most of the opera manuscripts in the King’s collection.

Baritone Ricardo Panela is an Opera Prelude artist. This excellent charity supports and provides performance opportunities for opera singers entering the profession. It is good to hear that his career continues to develop and flourish.

Opera Prelude’s spring season continues on Friday, February 23, from 10.30am to 12.30pm, again at the Christ Church Centre, with “Zwischenfach”.

Presented by Rosie Clifford accompanied by Natalie Burch on piano, this lecture-recital is subtitled “Stuck in the Middle with You — Shades of Grey in a Black-and-White Industry”.

The term “zwischenfach” (meaning “between fachs”) is part of the German “fach” system of categorising voices. The enduring question is what happens to the voices that fall in between.

As a self-confessed “zwischenfach” herself, mezzo soprano Rosie explores what that means in today’s increasingly rigid industry.

The lecture-recital runs from 10.30am to 12.30pm and tickets are £20. For more information and to book, visit www.thelittleboxoffice.com/operaprelude