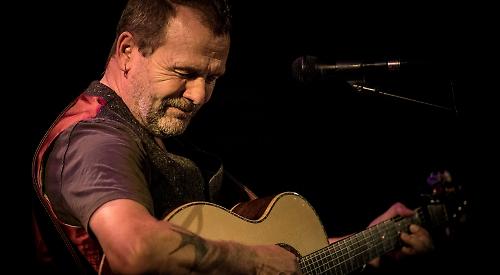 TWO of the top folk music artists of 2017 are appearing at Nettlebed Village Club on Monday night (February 5) — and one of them is Henley’s own Megan Henwood.

The singer-songwriter, who regularly performs at Nettlebed Folk Song Club, is due to be presented with a special award by the editors of Shire Folk magazine — the readers of which recently voted her album River the second best release of last year.

Editors Graham Hobbs and Jonathan Roscoe said they had been running a top 10 albums of the year feature for the past four years. Those polled include Shire Folk’s contributors, reviewers, advertisers and Twitter followers.

The editors said: “In 2017, over 50 albums received votes, which is more than any other year. The voting was very close indeed, with only a few votes covering the top six albums. As the voting was so close this year, we decided to award a runners-up prize as well, and this went to Megan Henwood for her superb album River. The winner of the Shire Folk album of the year for 2017 was Martin Simpson with his album Trails and Tribulations. Martin has had a long and distinguished career and not only is he a master of the guitar and a brilliant songwriter, he is also a fine interpreter of other people’s songs.”

Simpson, who is the main act on the bill on Monday night, will be presented with his album of the year award.

Nettlebed Folk Club organiser Mike Sanderson said: “Martin is widely acknowledged as one of the finest acoustic and slide guitar players in the world and his interpretations of traditional songs are masterpieces of storytelling.”

Shire Folk is a bimonthly folk music magazine that has been published for over 40 years. More than 2,000 copies are distributed around an area covering a radius of about 40 miles from Oxford.

Cara Dillon, who is due to play Nettlebed on Monday, February 19, saw her album Wanderer voted the fourth best of the year.