Band are aiming to level the land at Cropredy 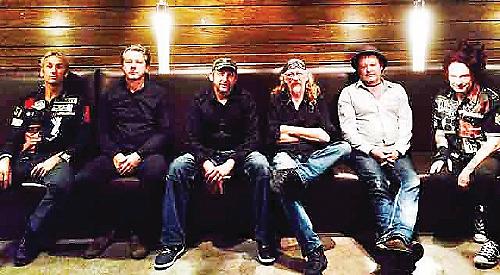 FOLK-punk rockers the Levellers will headline the Friday night at Fairport’s Cropredy Convention 2018.

The Brighton-based band — known for hits such as One Way, 15 Years and What a Beautiful Day — are this year celebrating three decades in music.

Asked to define their trademark sound, guitarist and singer Mark Chadwick last year told an interviewer: “It’s folk-punk, which was very uncool at the time.

“We were inspired by bands like Fairport Convention and didn’t want a lead guitar, so we put a violin at the front.

Founded in 1988, the band are long-established festival favourites and in 2003 founded their own event — Beautiful Days — which is held each year at Escot Park near Ottery St Mary in Devon.

“We show up at a lot of festivals where no one has heard of us,” added Mark. “So if there are lots of metal fans we keep it punk and it’s folk we’ll keep it folky. People have paid to be entertained.”

No danger of that not happening at Cropredy, where the band are very much a known quantity.

“They will open the festival on Thursday with a short acoustic set then take the stage again on Saturday to close the event with their traditional two-hour headline set. Friday’s headline act will be Levellers, who are celebrating their 30th anniversary year and making a welcome return to Cropredy. This legendary folk-rock powerhouse — winners of the prestigious ‘Festival Feel-Good Act’ award — will play an exuberant set.”

Three-day festival tickets are £135 with camping tickets £45 for three nights.