Singers get things off to a flying start 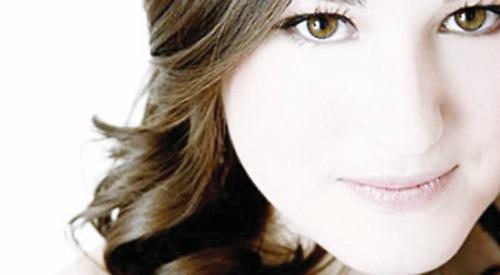 THE Chiltern Arts festival was founded last year by Naomi Taylor, its creative director. She introduced the substantial programme of events running during the first two weeks of February and appealed for more sponsors to come forward to secure funding for some of the very ambitious events yet to come.

This concert at St Mary’s Church was well attended. The festival was off to a good start.

The first half of the concert was given by Echo, a recently formed vocal group of very talented and well-matched soloists, who performed an attractive selection of motets and chansons by mainly French composers.

From the first notes it became obvious that we were being royally entertained by an exceptional group that could easily establish a worldwide reputation for itself very quickly.

Motets by Duruflé and chansons by Ravel, Poulenc, Hindemith and others were wafted into our ears with impeccable intonation, balance, grace, charm and perfect diction.

Part of the programme was conducted sensitively by Sarah Latto but, for some of it, the 13 singers split up into groups of three, four or eight that gave the audience a chance to experience what a wide range of musical expertise was before us. All the voices were absolutely gorgeous!

Echo is a rare collection of exceptionally gifted singers. Watch out for them. They are going places.

The second half of the programme was devoted to a performance of Fauré’s Requiem given by baritone Ashley Riches, organist Edward Higginbottom and the Chiltern Arts Festival Chorus conducted by Eamonn Dougan.

A nice touch was to bring on five young ladies from the Henley Youth Choir to perform the Pie Jesu normally sung by a soprano soloist. This worked well and was much lauded by the audience when the young people took their own bow.

The performance was nicely balanced between organ and chorus with a well-judged selection of stops used to lighten the accompaniment without overpowering the chorus. The contributions from the baritone soloist, Ashley Riches, were delivered to good effect in rich tones from the pulpit.

This event was presumably the concert debut of the Chiltern Arts Festival Chorus. They sang the Requiem competently but must have been constrained by being a large ensemble crammed on to a tiered platform that was clearly too small to accommodate them all comfortably. The net effect was that many of the singers appeared to have not enough “elbow room” to breathe properly and had their music scores held high, too close to their faces.

A policy was announced at the start of the concert whereby programme notes were not being provided but, instead, would be talked through before each piece. Many of these snippets were not miked and were barely audible, even in the main body of the church, which was frustrating.

But that was a mere teething problem. Judging by the quality of the music performed on this occasion and surveying the remarkable array of talent that had been lined up for the remainder of the festival, Chiltern Arts deserves to succeed and we should do everything we can to support it.