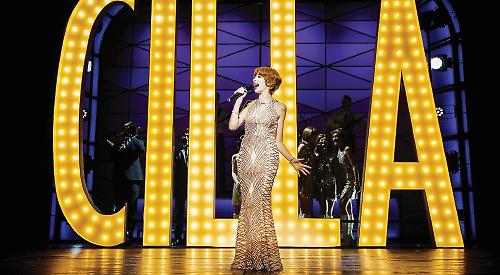 WITH Valentine’s Day less than a week away, fans of the romantic American singer-songwriter Michael Bolton wouldn’t have been expecting to get stood up on a date with him.

The pop-rock superstar had been due to appear at the New Theatre Oxford at 7pm tonight (Friday) with his autobiographical show “An Audience with Michael Bolton — My Life Story”.

But on Monday it was announced that Bolton’s UK tour dates have now been rescheduled from February to November.

A spokesman for the promoters said: “Kong Events extends sincerest apologies to Michael Bolton Fans who have already purchased tickets to ‘My Life Story’. Due to technical issues delaying production we have had to reschedule these events to November. We would be happy to honour your tickets for the new dates or provide a full refund.”

The rescheduled show will now take place on Wednesday, November 14.

A Grammy Award-winning musician who is also known for his social activism, the show will see Bolton personally take the audience through the highs and lows of his fantastic career.

Bolton originally performed in the hard rock and heavy metal genres from the mid-Seventies to the mid-Eighties, both on his early solo albums and those recorded as the frontman of the band Blackjack. He later became better known for his series of pop-rock ballads, recorded after a stylistic change in the late Eighties.

“An Audience with Michael Bolton” will have a talk show-style format as a spoken word event, with maybe a few surprises.

Tomorrow (Saturday), the theatre in George Street hosts “Someone Like You — the Adele Songbook”. Then from Tuesday to Saturday, Cilla — The Musical is playing.