Russian choral treasures were breathtaking in their impact 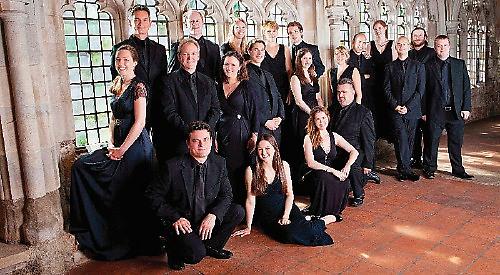 THE Chiltern Arts Festival is a new festival which is committed to bringing the best of classical music to venues around the Chilterns.

The opening concert last Saturday was a stunningly beautiful one, featuring the Tenebrae choir in the lovely setting of All Saints’ Church, Marlow.

Tenebrae, a London-based professional vocal ensemble founded and directed by former King’s Singer Nigel Short, is modest in size, yet breathtaking in sound and sheer impact.

The programme, Russian Choral Treasures, was a selection of a-cappella choral gems from the Russian Orthodox liturgical tradition, many of which are rarely heard outside of Russia.

Some texts were heard more than once but in different musical settings, as the more familiar sounds of Tchaikovsky, Glinka and Rachmaninov were also part of the repertoire.

The concert opened in hushed candlelight with three numbers from Rachmaninov’s 1910 Liturgy of St John Chrystosom Op.31 and his 1915 All-Night Vigil Op.37. In similar vein to his Vespers, the music immediately inspires a certain awe in the listener and this was all the more for it being sung from the back of the church with choir out of sight.

After the initial Priidite poklonimsia (Come let us worship), the Blessing was led by Cantor Adrian Peacock, his remarkable resonant bass voice pronouncing the call and being followed by the choir’s response as they moved forward a few steps each time in procession.

From the front of the church, the full choir then sang Heruvimskaya pesn (Cherubic Hymn), a setting which Rachmaninov imbued with incredible colour and with more than a few surprising chromatic twists of harmony.

One of the most striking things about this concert was the incredible variety of sound achieved with so few singers. We heard voices at both extremes of pitch; the deep bass timbres were truly spine- tingling. Close, complex harmonies opened out like flowers and hushed prayer-like meditations were suddenly shattered by an outpouring of exaltation.

In contrast, Kedrov’s Ochte Nash (Our Father) was touching because of its very simplicity; the clear phrases and balanced chords were all beautifully controlled. Likewise, Kalinnikov’s Gladsome Light, with its incandescent harmonies floating above long pedal notes, gave us glimpses of joy in a mostly serious programme.

The highlight of the evening came unexpectedly at the beginning of the second half. Chesnokov’s solemn Tebe poyem (We hymn Thee) was sung from the back of the church, before the second procession. As the basses sustained their lowest notes of the evening (an unbelievable ‘Russian’ A), this became a deeply moving and serene moment for audience and singers alike.

With such a superb performance and with a fully packed-out audience Naomi Taylor, Chiltern Arts’ founder and creative director, should feel justifiably proud of this inaugural event.