Jazz club take on Bowie transmits all his wistfulness 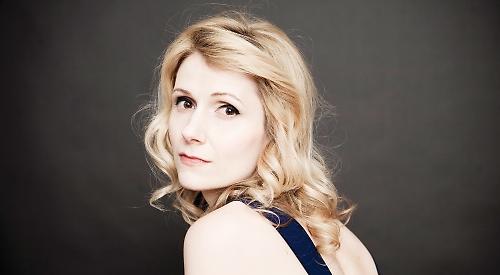 WITH a hum of eager anticipation, in a pine-vaulted chalet, the packed house of party-goers sat around candle-lit tables, almost rubbing shoulders with the three-man band when it appeared on stage.

A rousing welcome was offered up to hostess Rebecca Poole, who immediately filled the room with her larger-than-life presence, completely the ‘Master’ of Ceremonies.

She briskly delivered a couple of songs, the first ‘Put the Blue on Me’, the second a blue-grass ballad. Her famously low, bold and sassy voice is immediately striking, to those unused to hearing ‘Purdy’ live.

The zany tone was set for the ‘party night’, launching an avalanche of music, surreal antics and a plastic lobster, with wisecracks that had the audience raucously shouting their approval throughout the evening.

Playlist? What playlist? Rebecca told us of a prep meeting with special guest Fleur Stevenson, where the decision was to ‘wing it’!

Fleur was spotted in the kitchen by Rebecca; she arrived on stage like the English Rose to Rebecca's Southern Belle.

Purdy is well-known for her ‘so slinky, it shouldn't be allowed’ vocal powers, with a wonderfully natural theatricality, while Fleur’s subtly expressive jazz and scat technique reveals not only her 12 years in this idiom, but also her early choral background, with a wealth of experience in the classical repertoire.

Contrasts in tone, style and presentation add richness and interest to any concert, and this was no exception. Both singers had the distinct ability to entertain and move their audiences, and it was engaging to see how each tackled the multiplicity of different moods across this stylistically varied, but principally retrospective programme.

Space hardly permits a full report of every song. So these observations will have to remain in my notebook, but a direct ‘lift’ of the words I scribbled down at my secret table would look like this:

Manha da Carnaval — ‘shaky eggs out’! A Day in the life of a Fool – Raph Mizraki on melodica, bringing gypsy colours from behind the curtain… Etta James – ‘At Last’: Fleur had not quite the ‘roar’ of the more typical Etta, the tonsil-bursting shouts of indignation, but had allowed a very different aspect of Etta’s turbulent life to emerge, leaving echoes of the ‘raw’ and outrageous Etta to the late, extra ‘edge’ from guitar, to remind us of who she was.

Purdy was keen to tell us where first influences had come from, some surprising: Doris Day singing Secret Love; Wild is the Wind - sung by David Bowie, after Shirley Horn; Give Me Fever? Narcissist, by Rebecca herself, with the words ‘Look into Your Mirror’; a short tale of love not intended, but experienced anyway – ‘How did you do That?’ ‘Here Comes Love’, heard from Ella Fitzgerald, Blame my Youth, and a classic song ‘for the indecisive’ now sung by Fleur: ‘Perhaps, Perhaps, Perhaps’, Mañana – Peggy Lee.

The David Bowie connection, ‘Wild is the Wind’ was perhaps Fleur’s most revealing performance of the evening, with beautiful lyrics such as ‘like a leaf clings to the tree, cling to me, wild is the wind’…in a perfect impression of real loneliness and wistfulness.

The minimal three-man band used all of nine different instruments plus a huge range of gorgeous pedal-board guitar sounds to punch well over its weight throughout the evening.

From heavy blues and rock to the most mellifluous, expressive and sensitive lyricism, music of high quality and engaging intricacy was made, whether as accompaniment to the two vocalists or drivers of the tempos of the big dance numbers.

Playing the only ‘horn’ in a band can be a lonely experience, but Stuart Henderson used every trick in the book to give the illusion that there were more trumpets than it appeared. Harmon mute, wa-wa hand-stopping, flutter tongue, growls, glissando falls, tone and dynamic changes combined with rapid-fire virtuosity, mingled with melodic sweetness.

The combination of formidably accomplished Raph Mizraki’s fluid, apparently effortless and propelling bass lines and Hugh Turner’s infinite variety of powerful, assured articulation and finger-work, backed by that effects pedal, produced a body of sound that thrilled, excited or simply melted into the textures.

This was truly impressive versatility from a band that spoke volumes in terms of sheer hard-graft musicianship and years of high-level experience.

As the party came to its end, anarchic and noisy scenes, with plenty of laughter and Henley ‘hoorays’ filling the air, Purdy’s announcement of ‘Rule Brittania’ nearly split the band on party lines.

But a rumbustuous rendition of ‘O When the Saints’, in which a double-B flat bass tuba was miraculously deployed, brought the house down and sent a happy — and clapping — crowd out into the night.