Church recital will 'bring on the youth' 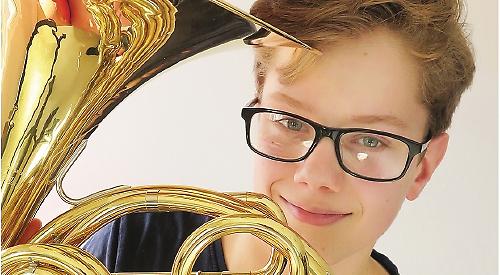 CONCERT pianist Anita D’Attellis is preparing to “Bring on the Youth!” tomorrow night (Saturday), when she stages the third in her series of four “winter recitals” in Wallingford.

The 7.30pm concert at St Mary-le-More church in Market Place will showcase the talents of the Henley Youth Choir, Camille Morana on violin and the 2016 Henley Young Musician Competition winner Matthew Prior on French horn.

Founded in 2014, the Henley Youth Choir is split into junior and senior sections, with ages ranging from seven to 17 years.

Under the professional guidance of musical director Peter Asprey, who will be conducting tomorrow night, the choir sings in a variety of styles — ranging from Handel to folk, gospel and musicals.

Recent years have seen HYC perform at the Kenton Theatre and the Henley Festival.

Camille Morana, 17, is currently in her final year at Queen Anne’s School in Caversham and is also studying violin performance at the Junior Birmingham Conservatoire.

With the aid of her school, Camille has had the opportunity to perform at such notable concert venues as Westminster Abbey, the Queen’s private chapel in Windsor and the Royal Albert Hall.

Anita said: “Camille is a girl that I know from Queen Anne’s because I’ve played a couple of concerts there. She’s a lovely violinist — one of their top music scholars.

“She’s in her final year, so she’s probably going to be the oldest out of all the youth concert players, but I’m not just trying to do a concert where it’s like all the mums and dads going ‘Ahhh!’ — I want to have a really high standard.”

Last week saw Anita rehearsing with 13-year-old Matthew Prior, who she said was “sounding fantastic”.

Matthew, from Newbury, has grade eight in French horn and recorder and also plays the piano and organ.

He enjoys playing in county groups and the National Children’s Orchestra.

Seating is unreserved, with proceeds from the concert going to the church tower fund.

The fourth and final recital in the series takes place on Saturday, March 10, also at 7.30pm, and is billed as “Piano duets — double the fun!”

Joining Anita for a programme that features works by Mozart, Schubert, Mendelssohn, Poulenc, Brahms and Piazzolla will be her Eton College colleague Mila Miletic.

For more information, including full programme details, and to book, visit www.anitapiano.com/
winterrecitals