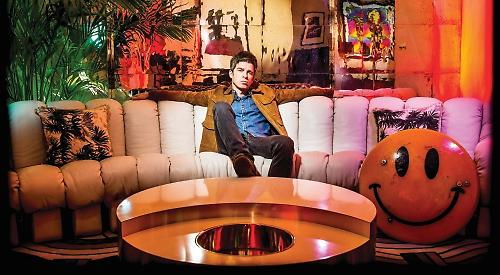 NOEL Gallagher’s High Flying Birds are the final act to be announced for this year’s Nocturne Live concert series, which returns to Blenheim Palace in Oxfordshire in June.

Joining Nile Rodgers and Chic, Gary Barlow, Elvis Costello, The Waterboys and Nick Lowe in the
line-up for the four day event, the multi-million-selling Oasis star will headline the 10,000-capacity Great Court on Friday, June 15.

Nocturne Live director Ciro Romano said: “We’re confident that the line-up for this year’s Nocturne is our strongest to date. In Nile Rodgers, Elvis Costello, Gary Barlow and Noel Gallagher we have four true giants of the music world, each offering something different but all undeniably world class. We look forward to welcoming everyone to Blenheim Palace in June.”

Tickets for Noel Gallagher and the High Flying Birds start at £45. A limited number of VIP packages, which provide an exclusive opportunity to dine in the state rooms of Blenheim Palace, are also available.

The Nocturne Live concert series runs from Thursday, June 14, to Sunday, June 17 — when Gary Barlow’s concert is already sold out. For more information and to book, visit www.nocturnelive.com