Pianist's gig will be Shakin' the rafters 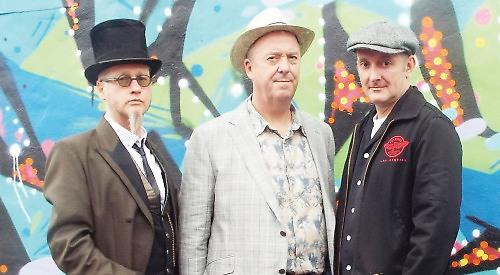 A PIANIST who has played with everyone from Van Morrison to Shakin’ Stevens will be showcasing his talents at the Crooked Billet in Stoke Row next month.

“In Shakin’ Stevens band, Gavin and his fellow musicians were the biggest selling singles group of the Eighties — more than ABBA, Queen, the Police or any other UK artist.

“Gavin plays an eclectic style of rhythm and blues, including boogie-woogie, swing, stride, funk and rock and roll. Mixed in with this elixir are hints of jazz, country and blues.

“Gavin began learning to play the piano aged five and discovered R&B at the age of 13 when he heard Albert Ammons and Pete Johnson perform Boogie Woogie Man.

“A lifetime of touring and recording followed. Gavin has recently toured with Albert Lee and Hogan’s Heroes. He has also toured, performed and recorded with such artists as Dave Edmunds, Kirsty MacColl and Van Morrison.”

Joining Gavin for the night will be Simon Farrell on double bass and Shane Atlas on drums.

Bookings are also being taken for the pub’s St Patrick’s Night celebrations on Sunday, March 18 and Monday, March 19.

“They’re guaranteed to get toes tapping with their infectious jigs and reels, playing traditional Irish folk music, uptempo Guinness-drinking stuff and, of course, all those great bar-room classics — Whiskey in the Jar, Malt and Whisky Ray, The Irish Rover, and so on.

“There’s a Guinness stout promotion and it promises to be an absolute corker of an evening.”

The music cover charge for the Sunday night is £25 and the Monday £20.

For more information and to book, call visit www.thecrookedbillet.co.uk/
whats-on/music-nights