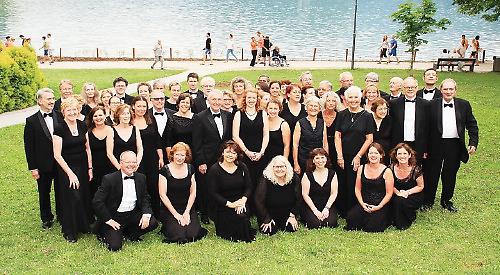 TWO of the outstanding young soloists of their generation will perform with Henley Symphony Orchestra this spring and summer, it has been confirmed.

First up is 18-year-old cellist Sheku Kanneh-Mason — the winner of the 2016 BBC Young Musician of the Year award and the first black winner of the competition since it was founded in 1978.

Having been likened by critics to a young Jacqueline du Pre, he will be appearing with the Henley orchestra at their spring concert at the Hexagon in Reading on Sunday, March 18, at 7.30pm.

Conducted by HSO music director Ian Brown, the concert will see Kanneh-Mason take the lead on Elgar’s Cello Concerto, bookended by the overture from Mozart’s Marriage of Figaro and Mahler’s Symphony No1 “Titan”.

An orchestra spokesman said: “Sheku is very much in the news at the moment as a burgeoning young talent who has just released a first recording with Decca, Inspiration — an album that has already become this year’s best selling by a British debut artist across all genres.”

Featuring works by Shostakovich and Leonard Cohen, the album entered the charts at number 18.

He told the BBC: “As a classical cellist, I can’t quite believe I’ve made the top 20 in the pop charts with my first ever album! I hope the pieces on it inspire others the way they’ve inspired me.”

The HSO spokesman added: “In the short time since Sheku won the 2016 BBC Young Musician of the Year with a stunning performance of the Shostakovich cello concerto he has made his debut at the Proms with Chineke, Europe’s first black and minority ethnic orchestra, and with the City of Birmingham Symphony Orchestra — all to extraordinary universal critical acclaim.

“Now only 18, Sheku’s international engagements are developing very quickly. He began to play the cello at the age of six after attending a concert in Nottingham, his home city.

“By the time he was nine he had achieved grade eight, for which he gained the top marks in the country. He comes from an incredible musical family in which all six of his siblings — he is number three — play instruments to a phenomenally high standard.

“The seven, neither of whose parents are musicians, featured in the documentary Young, Gifted and Classical on BBC Four.

“Sheku is passionate about building better opportunities for young people of any background to learn music at school and is the junior ambassador for the music education charity London Music Masters.

“With reviews like ‘technically superb and eloquent in his expressivity, he held the capacity audience spellbound’, what an inspiration he will be.”

Looking ahead to July, top international violinist Min Kym will take centre stage when the orchestra makes its first appearance at the Henley Festival. Ian Brown will conduct the lunchtime concert on Saturday, July 14, which starts at 11.30am and will feature pieces such as Gershwin’s An American in Paris and Tchaikovsky’s 1812 Overture.

Born in South Korea but raised in the UK, Min Kym began playing the violin at the age of six. At 16 she became the youngest ever foundation scholar at the Royal College of Music, and at 27 the first recipient of the Heifetz Prize.

Kym’s 2017 memoir, Gone, tells the harrowing story of how her priceless Stradivarius was stolen as she waited for a train at Euston Station in 2010 — only to be dramatically recovered by police three years later.

At the Henley Festival, the violinist will perform two show pieces — one of which will be Massenet’s sensuous “Meditation” from the opera Thais.

Festival CEO Charlotte Geeves said: “The main ethos of Henley Festival is to bring excellent and diverse music to its audience. We are thrilled to be able to work with the HSO and have its summer concert as part of the festival this year and for future years.

“It is hugely important for us to continue to have classical works throughout the festival week and working with an amazing local orchestra to enable us to fulfil this is truly fantastic.”

Gates open at 11am on Saturday, July 14, and the concert runs from 11.30am to 1.30pm, including a
30-minute interval, with free parking available until 2pm. Tickets are £20 for adults and £10 for students and under-18s. To book, visit www.henley-festival.co.uk