Blenheim concert is just the ticket for Chic fans 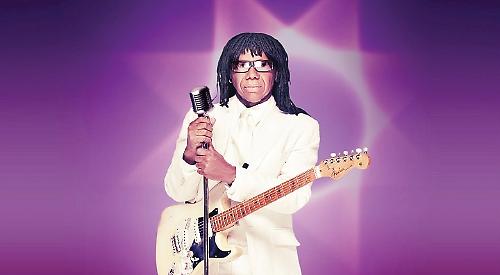 TICKETS for Nile Rodgers and Chic at the Henley Festival may already have sold out — but music fans still have a chance to see them live in Oxfordshire this summer.

Supported by Soul II Soul, they are headlining the first of four Nocturne Live 2018 concerts at Blenheim Palace in June.

The concert series runs from Thursday, June 14, to Sunday, June 17, with the other dates being headlined by Noel Gallagher’s High Flying Birds, a triple bill of Elvis Costello, the Waterboys and Nick Lowe, and Gary Barlow.

The Take That songwriter’s Sunday night concert in the 10,000-capacity Great Court has already sold out, but a “very special guest” is still to be announced in support of Noel Gallagher on the Friday.

Originally conceived as a rock band for the disco movement, Chic have enjoyed huge success since their inception in the late Seventies — with a string of hits including Le Freak, Good Times and Everybody Dance.

The group’s co-founder and frontman, Nile Rodgers has produced and played on some of the biggest-selling albums of all time and the Chic live show features all of the band’s hits as well as songs from Rodgers’s collaborations with the likes of Madonna, David Bowie, Daft Punk and Diana Ross.

Nile Rodgers said: “We are really excited to be bringing some Chic magic to Blenheim Palace this summer. Don’t forget your dancing shoes and be prepared to ‘Ahh...Freak Out!’ See you there!”

Looking ahead to the Saturday night, a Nocturne Live spokesman said: “The Costello/Waterboys/
Nick Lowe triple bill presents an exclusive opportunity to see three of the UK’s most revered, idiosyncratic songwriters on the same bill as they perform music from across their extensive back catalogues.”

During his time as the guitarist and principal songwriter with Oasis, Gallagher had eight UK number one singles, eight UK number one albums and won six Brit Awards. His concerts with the High Flying Birds touring band feature a mix of solo material and Oasis hits.

Tickets start at £40, with a limited number of VIP packages offering an exclusive opportunity to dine in the state rooms at Blenheim Palace available. For more information and to book, visit www.nocturnelive.com