Singer was in good voices to explain classification system 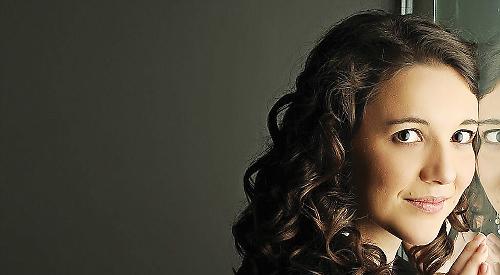 Mezzo-soprano Rosie Clifford, one of the talented singers OP supports, gave not only a fascinating and witty analysis of “fach” and “zwischenfach”, but proved to be a stunning operatic performer, partnered stoically by Natalie Burch on a somewhat clumpy upright.

The German word “fach” can mean “subject” or “expert”, but, in an operatic context, is a voice categorisation system created in 19th century Germany, with distant roots in the heyday of the 17th and 18th century castrati.

Over time, castrati voices started to be graded. Then the French, hosts of a dominant opera scene and being less enamoured of castrati, began to migrate their roles to female singers.

New categorisations and specialisations evolved, partly to avoid the need for transposition. Composers began writing for specific singers or voice types — a pragmatic approach, taking account of different voice capabilities and registers. There was sound method in this madness, cost being a particular driver, especially if one voice could cover two roles. Instances cited included Handel (Messiah) and Mozart (Figaro).

With roles beginning to be associated with voice types, some kind of formalisation was perhaps inevitable, hence the fach system itself. It had eight categories: voice, range, size of voice, timbre, singer’s physical build, age, desire, frequency (ability to repeat-perform).

Articulation, accuracy, linguistic agility and charm were there in abundance.

Switching to her own situation, Rosie Clifford described how her own journey from soprano to mezzo-soprano had left her without a clear fach.

She therefore has had to settle for zwischenfach — between categories — where a lack of identity risks her being passed over for roles.

But it has some upsides, including flexibility, multiple roles, and the ability to switch between styles and fachs.

And since voices can change over time, no one needs to feel trapped for ever as a zwischenfach.

Rosie Clifford will have won many admirers. We will follow her progress and that of Opera Prelude with interest.