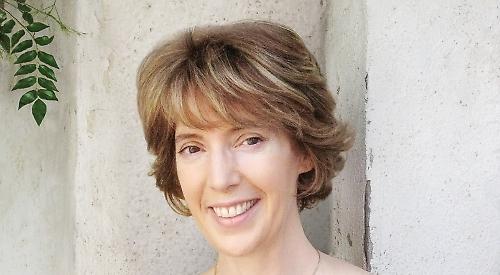 THE composer of a peace anthem written in the wake of the September 11 attacks will be at St Mary’s Church next weekend to hear it sung by the Henley Choral Society.

The choir is in concert at 7pm on Saturday, March 10, with Mozart’s moving Requiem the main work due to be performed.

It will be preceded by Haydn’s joyful Te Deum in C and the award-winning composer Cecilia McDowall’s captivating and poignant Ave Maris Stella.

Joining the singers will be a world class line-up of soloists, with the acclaimed Brandenburg Sinfonia providing the orchestral accompaniment.

McDowall, who has been described by the International Record Review as having “a communicative gift that is very rare in modern music”, wrote her version of Ave Maris Stella in 2001.

She said: “When I began planning this work I had some very different texts in mind. I had already begun work on the piece when the events of 9/11 made me rethink my choice of words.

“Suddenly my original selection of war poetry seemed too disturbing, too provocative and raw to be sung by schoolchildren for such a sensitive occasion as Armistice Day.

“As a result I thought again about the text, wanting to bring something to the work that would have a more personal significance to the commissioning school, Portsmouth Grammar, and to the city of Portsmouth with its great naval heritage.

“I set an extract of Psalm 107 — ‘They that go down to the sea in ships’ — which is read to sailors before setting sail and seemed so appropriate to the venue for this new work: Portsmouth Cathedral, known as the Cathedral of the Sea. I also set extracts from the beautiful antiphon, Ave maris stella — ‘Hail, star of the sea’.”

The concert’s centrepiece will be Mozart’s Requiem. Shrouded in mystery, it was unfinished at the composer’s death on December 5, 1791, making the work all the more fascinating and emotionally stirring.

Mozart’s wife Contanze approached Joseph Von Eybler and then Franz Javer Süssmayr, two local composers, to finish the work and ensure that she could collect the full payment for delivering a completed requiem mass to the sponsor.

The work was done based around sketches and, it is thought, personal notes left by Mozart before he died. It is this completion that is the widely accepted version of the Requiem today and the one to be performed by the choral society. The concert will reunite the singers with the Brandenburg Sinfonia, who accompanied the choir for their acclaimed performance of Bach’s St John Passion in March 2015.

Considered to be one of the most dynamically versatile musical organisations in the country, the sinfonia perform in major venues across the UK and on the international stage, including at major concert series at London’s St Martin-in-the-Fields.

Soloists due to perform include soprano Lauren Zolezzi, who returns to Henley after her acclaimed performance in last year’s spring concert. She will be joined by mezzo-soprano Emma Lewis, tenor Sam Jenkins and baritone Robert Clark.

Henley Choral Society chair Susan Edwards said: “Our director of music Peter Asprey has put together a magnificent programme for this concert. He is able to command the best soloists and orchestral accompaniment, which takes the performance to an exceptionally high level. The concert is further elevated with the presence of composer, Cecilia McDowall. I would urge people to get their tickets as soon as possible to avoid disappointment.”

Tickets are priced £18 for adults and £8 for under-18s and can be booked by calling the society’s box office on (01491) 572795 or visiting www.henleychoralsociety.org.uk

Alternatively, advance tickets can be purchased from Gorvett & Stone at 21 Duke Street, Henley.

Please note that the concert’s starting time of 7pm is earlier than the usual 7.30pm.