The Coral named as Gallagher's support at Blenheim 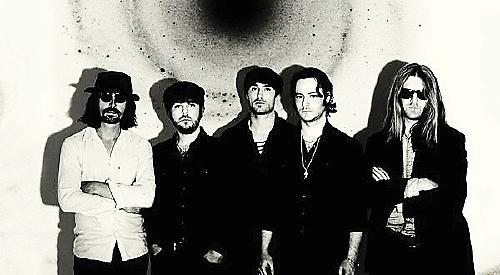 THE support act for Noel Gallagher’s High Flying Birds for Nocturne Live at Blenheim Palace in June has been confirmed as The Coral.

Formed in 1996, the Liverpool five-piece went on to create some of the leading sounds of the early 2000s.

Their eponymous 2002 debut album, which featured the hit single Dreaming of You, charted in the top 10 of the UK album chart and was nominated for the Mercury Prize. They released their eighth album Distance Inbetween in 2016.

They are appearing on the Friday night of the concert series, which runs from Thursday, June 14 to Sunday, June 17, before Noel Gallagher and his band take to the stage.

Nocturne director Ciro Romano said: “We’re really pleased to have added The Coral to the line-up for the Friday night. Having released eight acclaimed albums throughout the course of their career, they will bring an incredible catalogue of music for this show opening for Noel Gallagher’s High Flying Birds.”

Gallagher, who was a guitarist and principal songwriter in Oasis, is currently on a world tour in support of his latest release, Who Built the Moon?, which topped the UK album chart.

Other headliners for the festival include Nile Rodgers and Chic, who are appearing at the Henley Festival in July, Elvis Costello, the Waterboys and Nick Lowe and Gary Barlow.

Tickets start at £40. For more information and to book, visit www.nocturnelive.com