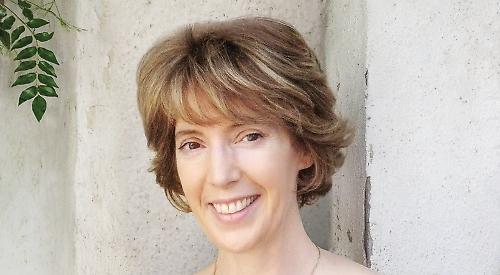 GOING out on a damp and drizzly night is never a promising start for anything — but a concert by the Henley Choral Society always makes it well worth the effort.

This performance of music by Haydn, McDowall and Mozart in collaboration with the Brandenburg Sinfonia was no exception. Several hundred other people thought so too. It was a complete sell-out.

The reasons for this choir’s popularity are not hard to find. The HCS is not only one of the largest choirs in Oxfordshire, it is immaculately turned out, very responsive to its inspiring conductor Peter Asprey, and it always “delivers the goods”.

A case in point was their performance of Haydn’s magnificent choral drama-in-miniature, the Te Deum for the Empress Marie Therese. A solid phalanx of sound with good balance between the voices was underpinned by crisp playing from the talented and supportive Brandenburg Sinfonia.

The orchestra was joined by soprano Lauren Zolezzi for the second item on the programme, Mozart’s Exsultate, jubilate. This sacred motet, written for a virtuoso soloist, was clearly intended to be performed as a vocal showpiece. Zolezzi’s delivery of it was technically immaculate, but her interpretation did not engender strong feelings of joy or excitement which are usually evoked on hearing this stimulating work.

The palindromic peace anthem, Ave Maris Stella, by the prolific British composer Cecilia McDowall was in a different category altogether. Clearly the choir had taken this attractive music to their hearts and supplied the passion that was lacking in the Mozart piece that preceded it. The solos sung by Fi Harding so movingly from within the body of the choir reinforced this observation.

From the listener’s point of view, the intellectual challenge was to wonder during the first half of McDowall’s composition what it was going to sound like when it was performed backwards in the second half of the piece. The audience showed their genuine appreciation of its undoubted beauty in good measure. The remainder of the programme was devoted to a thoroughly professional and life-affirming performance of Mozart’s enigmatic Requiem. Part of the enigma is how this work came to be composed at all and for whom. The rest of it focuses on how Mozart, who by this time must have known that he was seriously ill, could still conceive a work of such originality and power.

The vocal quartet, comprising Lauren Zolezzi (soprano), Emma Lewis (mezzo-soprano), Sam Jenkins (tenor), and Rob Clark (baritone), was not evenly balanced, the lower voices predominating. But their solos were all excellent and accompanied sensitively by the ensemble.

The famous trombone solo, Tuba Mirum, was played delicately and very smoothly, matching the solo voice line most effectively. This was, perhaps, one of the last strokes of genius in Mozart’s short life. Coupled with his inspired choice in this requiem of using plaintive basset horns in place of the usual clarinets, it implies that somehow Mozart was able to maintain his extraordinary capacity for inventiveness to the very end.