‘Gladrags’ writer is filling in for singer 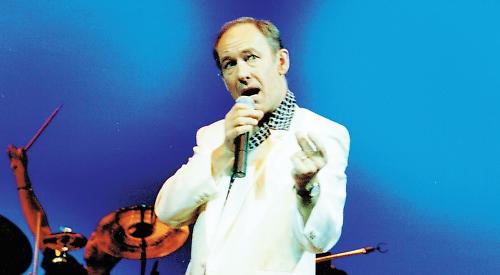 THE writer of Handbags and Gladrags will be stepping into the shoes of the man who first made the song a hit tomorrow night (Saturday).

Former Manfred Mann frontman Mike d’Abo wrote the song in 1967 and in November of that year Chris Farlowe became the first singer to release a version of it.

Later renditions included those by Rod Stewart and Stereophonics, but the song — in a version recorded by Big George — is perhaps best known as the opening theme music of the BBC sitcom The Office.

Alongside Mike Pender, the original lead singer of The Searchers, Chris Farlowe had been due to front “The Sensational Sixties Experience” — a show playing at the Hexagon in Reading at 7.30pm tomorrow (Saturday).

But sadly, after breaking his left arm and collarbone, the 77-year-old was forced to pull out, with d’Abo, 74, replacing him for the remainder of the 2018 tour.

Recent years have seen d’Abo play intimate sets at the Crooked Billet in Stoke Row, but tomorrow night’s show offers a chance to see him play a full-size auditorium. Billed as the most explosive Sixties show touring the UK, the other stars of the show include Herman’s Hermits, The Fortunes and The New Amen Corner.

Tickets are £29 with a discounted rate of £26 available for groups of 10 or more people.