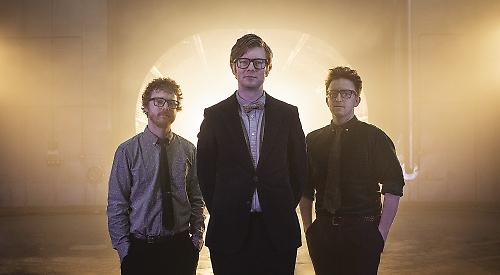 FOLLOWING the release of their critically acclaimed album Every Valley, art rockers Public Service Broadcasting will be opening their spring UK tour at the New Theatre Oxford next Thursday (April 5).

Each album from Public Service Broadcasting is a painstakingly crafted artefact, filled with the wit and passion of J Wilgoose Esq and Every Valley is no exception.

The i newspaper called it “an album with heart, art, and political fire to spare”.

In keeping with this approach, the band says their live shows aim to fashion a narrative for the dispossessed voices of our history, taking us from the blackest deeps of the Welsh coal mines through the farthest reaches of space in one bound.

Described as “a singular, spellbinding audio-visual show” in the Metro newspaper and “a tour de force”, Public Service Broadcasting’s live gigs are a perfect distillation of a band dedicated to their duty to entertain as much as to educate and inform.

Entry requirements for the show stipulate that under-16s should be accompanied by an adult, but no under-fives will be admitted.

For more information, including all tour dates, visit www.publicservicebroadcasting.net