Quiet is the new loud at bar’s new music nights 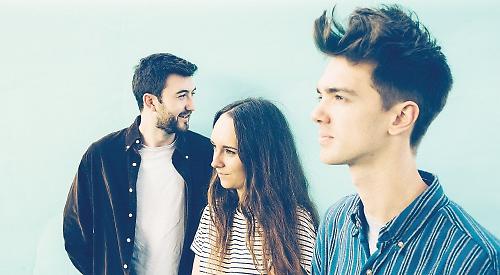 Organised by folk musician Louise Colam, the “L!sten” events will be held on the first Friday of each month in the area of the venue known as the Vault.

They will run in tandem with a series of “Loud & Clear” amplified gigs on the third Friday of each month — the first of which takes place on Friday, May 18.

Louise originally came up with the “intimate acoustic music” or “IAM” concept back in 2014 during the process of organising a series of gigs to help raise money for a new music classroom at Valley Road Primary School, where her eight-year-old son is a pupil.

These were held both in people’s homes and at the Athlete Service shop in Henley’s Greys Road car park and were known as “IAM @ Home” and “IAM in Town” respectively.

The school’s fund-raising target was eventually reached and Louise says now: “It was mission accomplished and I think with the gigs we raised about £900 — something like that — so it all went towards helping out.”

Louise, who is married to Stuart, an acoustic engineer, took time out from organising the concerts while having her second daughter, who is now nine months old.

But after chatting to Magoos owner Laurence Gordon-Wilson she had the idea of starting afresh under a new roof.

She said: “The plan is to have two different evenings with IAM as the promoter. We will use the Vault, which was created to host live music, to put on two exciting new music nights for the town and music lovers from the local area.

“The first Friday of the month will be close to what we did before — artists will be unplugged or quietly amplified. The third Friday of the month will be an alternative music night with a focus on emerging artists from the local area and a headline band. This will be an amplified gig, so the A in IAM is a moveable feast — ‘Intimate Amplified Music’ works just as well.

“The Loud & Clear nights will be something perhaps for a younger audience, maybe college-age students. Using Magoos as a venue allows us to offer the gig-goers exclusive food offers so they can really make night of it, enjoying good food and great music in a central Henley location.”

Tonight’s bill features The August List, an alt-folk band from Reading, and Me and the Moon from Guildford. Both acts coming to Magoos on May 19 — indie four-piece Flatlands and quiet songwriter Adam Barnes — hail from Oxford.

Louise added: “The evenings are not genre-specific but host emerging artists playing original music, so whether you enjoy folk, pop, blues, jazz, alternative or ambient, as long as it’s good this is the place to see it!

“Laurence at Magoos is really keen to have live music back but he also wants to kind of get rid of the idea that Magoos is a nightclub — which is what everyone thinks because its an after-hours bar.”

Tickets for both the “L!sten” and “Loud & Clear” nights are priced £6 in advance and £8 on the door. Both concerts will run from 8pm to 10pm, with doors opening at 7.30pm. Tickets holders are entitled to 25 per cent off any pizza, though other types of food are on the menu.

For more information and to book, visit www.ticketsource.co.uk