Eight-piece are adding another brick to the wall 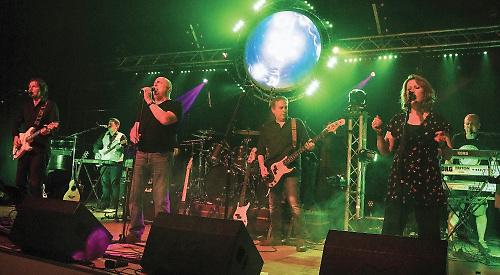 THEY were one of the biggest and best bands in rock history whose shock one-off reunion was the highlight of 2005’s Live 8 concert in Hyde Park.

But while Pink Floyd’s records continue to sell in huge numbers each year, the band are no longer a going concern, having released their last album, The Endless River, in 2014.

In their wake, there remains significant demand for live performances of their music — which is where groups like Dark Side of the Wall come in.

An award-winning eight-piece tribute band with 20 years of live performances behind them, the group are returning to Norden Farm Centre for the Arts in Maidenhead for the third time on Saturday, June 2, with the show set to mark the debut of lead guitarist and vocalist Adrian Stokes.

The band’s long-serving bass player Steve Chilton said: “I always think that one of our great selling points is this fact that we really enjoy what we do and aren’t afraid to let the audience know that. That’s what a Dark Side of the Wall show is all about. Quality live music and a great night out for both the band and the audience!”

Featuring a moving light and laser show with video projections, the show starts at 8pm and runs for over two hours. Tickets are £17. To book, call 01628 788997 or visit www.nordenfarm.org

For more information on Dark Side of the Wall, visit www.pinkfloydtribute.co.uk