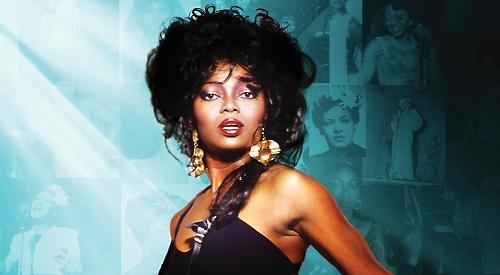 SINGER Patti Boulaye says she is “still glowing” from watching Saturday’s royal wedding — as it reminded her of her own nuptials.

The New Faces winner, who first came to the UK from Nigeria in 1973, has been married to husband Stephen Komlosy for 39 years and hopes Prince Harry and Meghan, now Duchess of Sussex, will have as happy a time as she has had.

Patti, 64, said: “I can’t help it, I am still glowing from Harry and Meghan’s wedding. You would think it was my daughter getting married. What a handsome couple they make.

“The royal wedding reminded me of my church wedding day. Stephen was twice married before we met so we had a registry wedding.

“Being Catholic, I prayed for the seemingly impossible chance of being allowed to have our union blessed before God. Ten years later we were blessed to have received a special papal dispensation from Pope John Paul II to get married in the Catholic Church. On that special day, we had a gospel choir, Monseigneur Reynolds, Canon Davis and Bishop Tripp officiating.”

Patti, who is in concert at the Kenton Theatre this Saturday (May 26), added: “Princess Diana would have been proud of her boys. I had the great honour of having met her many times and I had a private lunch with her and the late Linda McCartney.

“From all my conversations I had with her, I know Princess Diana would have been so fond of Meghan and Meghan would have loved her. Of that I am very sure.

“I have met Harry and helped to sponsor a school in Lesotho for his charity Sentebale through my charity Support for Africa. He is very much like his mother. The royal wedding had Princess Diana written all over it.

“This Royal Wedding has made history and it is Princess Diana’s legacy. I hope God granted her a glimpse of her son’s happy day and the joy and changes she has brought to so many through William and Harry. Princess Diana has become more powerful now than when she was alive.

“My husband Stephen Komlosy is white and very British. He proposed to me after two hours of meeting me. That was 42 years ago and despite my inheriting four step-daughters, we are very happily married.

“I hope Harry and Meghan will set aside the negative and put each other first with God in the middle of their relationship. That way nothing and no one can come between them.”

Patti’s show at the Kenton will see her exploring the parallels between her life and career and that of the legendary jazz singer Billie Holiday.

With piano accompaniment from Ronnie Scott’s regular Jamie Safir, Billie & Me will feature some of Patti’s favourite Billie Holiday numbers, including That Ole Devil Called Love, Nice Work If You Can Get It, Lover Man and God Bless the Child.