Festival to take audiences on a European journey 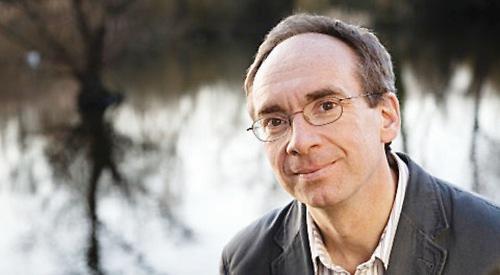 THE organisers of this year’s Oxford Lieder Festival intend to take music lovers on a “grand tour” of the continent’s finest offerings.

A spokesman said: “The festival will celebrate a rich tapestry of music, words and performance in European song and will showcase the pinnacles of the repertoire while exploring wider cultural influences.”

Together with a number of prize-winning young artists, they will be taking part in a wide range of concerts and related events at venues around Oxford.

As a sign of the Oxford Lieder’s growing cultural significance, its founder and artistic director Sholto Kynoch has just been elected a fellow of the Royal Academy of Music in the academy’s 2018 honours.

Meanwhile, in a new collaboration with the Bodleian Library, the festival is co-hosting the Albi Rosenthal Fellowship — a three-month residency at the Bodleian, this year specifically for a composer.

American composer Ross S Griffey has been appointed and, as well as his residency at the Bodleian Library, in October he will lead a composition workshop at the festival and give a talk on his research, with some of his existing work being heard.

Following the residency, the Oxford Lieder will be commissioning a major new cycle — based on Griffey’s research in the Bodleian — to be premiered at the 2019 festival.

Other festival events take place throughout the year, including a Spring Weekend of Song, as well as recitals across the country through the Oxford Lieder Young Artist Platform.

Exceptional young professional duos apply for the Young Artist Platform, and this year’s winners, who were selected though
45-minute audition recitals at the spring weekend, are Harriet Burns (soprano) and Michael Pandya (piano) and Jessica Dandy (contralto) and Dylan Perez (piano).

They give a series of recitals in music clubs, societies and festivals nationally, as well as showcase recitals at the festival in October.

Festival passes are already on sale from the box office on 01865 591276 or www.oxfordlieder.co.uk