Enjoy a ‘headphones moment’ without headphones at intimate acoustic gig 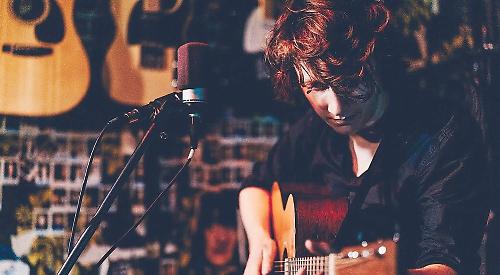 Their single Someone Love from their last EP was featured by Lauren Laverne as her “Headphones Moment”. She told listeners: “I heard this and loved it.”

Catgod’s latest effort Heartbeat in my Hand was recently premiered by new music website The Line of Best Fit, who described it as “a joyously breathtaking listen, pinned down by soft piano melodies and delicate harmonies”.

The track was also aired by Tom Robinson and Blood was recorded as a live session with BBC Music Introducing.

Robin and Cat said: “We were also selected by BBC Introducing to play Truck Festival and a BBC Uprising Showcase at the O2 Academy Oxford and selected by Nightshift magazine to play Rob Da Banks Common People Festival Oxford. We have just supported Flyte and headlined Sofar Sounds Oxford and London.”

Also on the bill for the “L!sten” gig in the Vault at Magoos is London-based singer-songwriter Tom Hyatt.

Music website Louder Than War called Hyatt “one of the most intelligent, relevant singer-songwriters in the country” and praised his “sophistication and aplomb, which is incredibly rare”.

Tickets are £6 in advance and £8 on the door and ticket holders are entitled to 25 per cent off any pizza on the night.

For more information and to book, visit www.ticketsource.co.uk/iamusic