Songwriter has new take on ‘traditional' 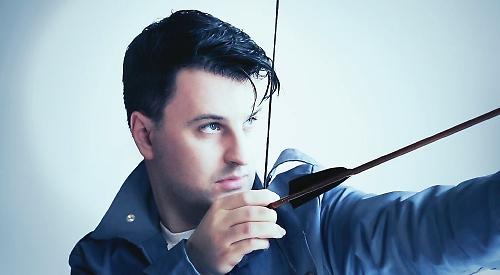 A SONGWRITER hailed as being at the forefront of a new movement in English traditional music is playing Nettlebed village club on Monday night (June 4).

Jim Moray’s 2003 debut album Sweet England changed the sound of folk song and won a brace of awards for its innovative melding of orchestration and electronica.

Subsequent albums have embraced everything from grime to Johnny Marr-esque guitar pop, but at their heart was always Jim’s unmistakably soulful and yearning voice — singing old songs in a new way.

His sixth album Upcetera has garnered the best reviews of his career, including five stars apiece from Mojo, fRoots and R2 magazines, and was nominated for best album at last year’s BBC Radio 2 Folk Awards.

Jim has also found the time to contribute three new songs to the BBC’s Doctor Who spin-off show Class, and launched his own Low Culture podcast. Support on Monday night will come from Nettlebed regular Jackie Oates from Wallingford, who recently launched her seventh solo album The Joy of Living at the High Street venue.

For more information, including a full list of forthcoming concerts, visit www.nettlebedfolkclub.co.uk