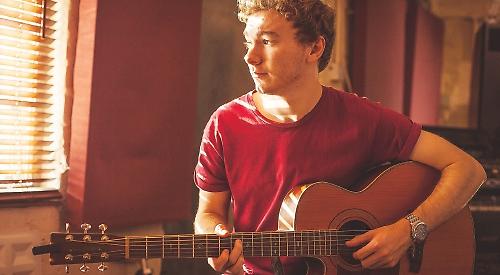 AN art rock band whose music has been described as “immensely pleasing eclectic prog pop” and a guitarist who uses all parts of the instrument are playing live at Magoos bar in Hart Street next Friday (June 15).

Running from 8pm to 10pm, the “Loud & Clear” gig is the second in a new series of “intimate amplified music” nights taking place on the second Friday of each month.

Formed in 2012, 31hours are an Oxfordshire-based oddball indie group whose 2017 debut album Tell Me What You See was hailed by music website Soul Feeder as “a brilliantly diverse yet one of a kind take on progressive art rock”.

Joining them on the bill is Joel Gardner, a songwriter and guitarist whose six-track debut EP The Idea was released last summer, with Reyt Good Music Magazine declaring that “We believe he is the next big thing.”

Ticket holders are also entitled to 25 per cent off any pizza. For more information and to book, visit www.ticketsource.co.uk and search for “iamusic”.

Next month’s “Loud & Clear” night at Magoos takes place on Friday, July 20, and features Didi and Death and the Maiden.