Charlie and Megan are sharing a stage 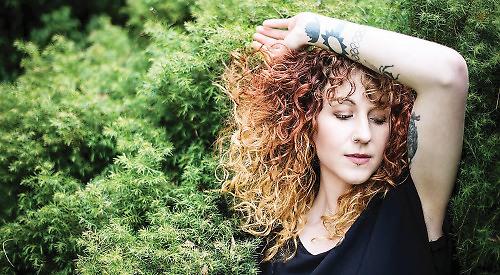 TWO of the Henley area’s top singer-songwriters are joining forces for a concert at Nettlebed village club on Monday night (June 25).

Charlie Dore and Megan Henwood will be sharing a stage for the first time, although the pair first met in 2011 when Megan’s mother Lucie worked with Charlie, who was guesting with Sam Brown’s International Ukulele Club of Sonning Common.

Charlie, who lives in Wargrave, said: “Lucy said her daughter was a very special singer-songwriter and when I saw her for the first time at Nettlebed Folk Club I realised it wasn’t just motherly pride speaking — Megan really was excellent and not only a lovely singer, but also a clever and original songwriter with a maturity beyond her years.

“Over the past few years we’ve crossed paths, usually at Nettlebed Folk Song Club, and exchanged our latest albums, but it wasn’t until Mike Sanderson, who runs the club, suggested we share an evening that we’ve actually sat down to play together.

“Megan will do her own set and I’ll do mine — alongside my longtime collaborator Julian Littman, borrowed from from his ‘other’ band, Steeleye Span — but we decided it would be extra fun to hook up for a few songs together in each set, so we’ve been getting together to work out harmonies and arrangements. It’s been lovely and we also plan to meet up in the future to do some writing.”

Megan, 30, who now lives in Oxford, has been performing since she was nine years old and in 2009 won the coveted BBC Radio 2 Young Folk Award alongside her brother Joe.

Charlie Dore is one of the UK's most respected singer-songwriters. In an unusually diverse career her songs have won two Ascap awards, an Ivor Novello nomination, the Grand Folk Prize from the International AMA and this year her album Dark Matter won both Album of the Year and Best Lyrics from the USA Indie Acoustic Project.

Her songs have been recorded by a wide range of artists from George Harrison, Celine Dion and Ricky Ross to Jimmy Nail, for whom she co-wrote a UK number one.

Her own hit song Pilot of the Airwaves is still a radio favourite worldwide.

Since her BBC award win in 2009, Megan has recorded three highly rated albums and become increasingly popular playing both solo and with her band, appearing both locally and at high-profile festivals including Cambridge Folk Festival, Secret Garden and Larmer Tree.