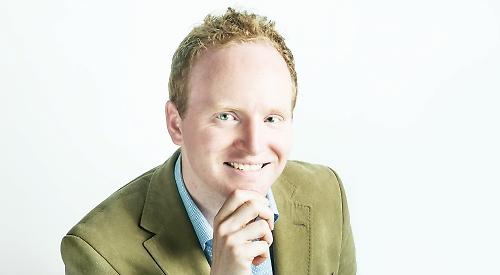 A FEAST of music from both sides of the pond is in store at Henley Choral Society’s annual summer concert next Saturday (June 30).

The Christ Church Centre in Reading Road is the venue for “A Garland of Song — British and American Music for a Summer’s Evening”, which starts at 7.30pm.

A spokesman for the choral society said: “The programme will take you through a wonderful array of British and American choral and folk music arrangements by the celebrated composers John Rutter, Bob Chilcott, George Gershwin, Aaron Copland and Eric Whitacre.

“The choir will be taking centre stage for this concert and will perform Bob Chilcott’s Little Jazz Mass — a delightful fusion of jazz harmony and rhythm with the English choral tradition. This work was written for the Crescent City Choral Festival in 2004, held in the greatest jazz city in the world — New Orleans.”

Conducting on the night will be Peter Asprey, the choral society’s music director, who said: “America’s two most famous names from the 20th century, George Gershwin and Aaron Copland, will be represented. Copland produced a set called Old American Songs in 1952, incorporating folk song arrangements, Shaker songs and songs such as the fast and rhythmic Ching-a-ring-chaw that come from the early minstrel tradition.

“A year later, Paul Simon and Art Garfunkel met at elementary school in Queen’s, New York, where they learned to harmonise and make music together. Bridge Over Troubled Water from their 1970 album of the same name is one of the best-selling singles of all time and was top of the charts in America for over six weeks”.

The choir will be accompanied by Henley Choral Society’s acclaimed pianist, David Smith.

Smith, whose playing has been described as “magnificent and highly sensitive”, is in great demand as a partner of many young leading singers and instrumentalists. He has performed at venues including the Wigmore Hall, St John Smith Square and the Royal Opera House.

Composer John Rutter will form part of the British contribution to the concert with his arrangement of the American folk songs Black Sheep and Sourwood Mountain.

The concert then moves back in time with English part songs by Elgar, Pearsall and Wood. A former lawyer, Robert Pearsall, wrote a number of part songs, of which Lay a Garland is the most famous. Taking his inspiration from the musical world of Renaissance Europe, Sir Patrick Spens is a richly scored work for eight voices and written for two separate choirs of five voices that answer each other in turn and come together for major cadences, creating a rich harmonic sound.

Choral society chair Susan Edwards said: “Our concert repertoire is perfect for a summer evening full of love, friendship and gallantry! Peter has introduced us to a wonderfully rhythmic and harmonic concert programme. It’s not to be missed and we do hope you will join us for what is sure to be an uplifting event.”

Tickets are £15 for adults and £5 for children and selling fast.

To book, call Jan French on (01491) 572795 or call in to Gorvett and Stone in Duke Street. Alternatively, visit www.henleychoralsociety.org.uk