‘Unplayable’ concerto was well worth missing the quarter-final 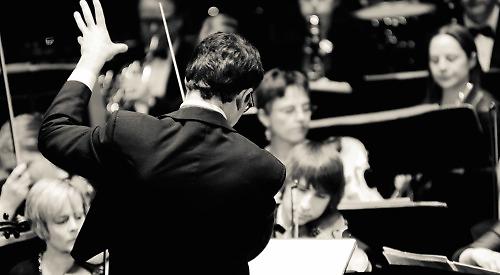 IT is unfortunate that this attractive concert clashed with Russia’s World Cup quarter-final against Croatia and with some gripping tennis encounters at Wimbledon.

It meant that, broadly speaking, the intended recipient of Aaron Copland’s Fanfare for the Common Man, was not on hand to hear this tribute for himself.

This was a pity because “he” missed a treat! The brass and percussion sections of the RSO gave an impressive and dignified account of this short work, evenly balanced, robust and with no hint of stridency, which is often a problem when brass players are playing en masse.

The fanfare was followed by a rare performance of Magnus Lindberg’s astounding Clarinet Concerto. This undoubted masterpiece is truly a work for the 21st century — not just because it was completed and first performed in 2002 but because it would have been dismissed in the last century as being unplayable.

It requires exceptional talent to perform the work at all and it rapidly became apparent that the virtuoso clarinettist Nicholas Shipman has this in abundance.

The concerto begins from nowhere with a short, melancholic scrap of melody from the clarinet that, in the space of 25 minutes, is seared into the mind of the listener.

It undergoes many incredible transformations, ending in a paean of triumph in which the clarinet has to make itself heard above the full orchestra before vanishing back into the primeval landscape from which it originally emerged.

It is a work of heavenly beauty contrasted with intense savagery that is truly awesome.

This concerto makes considerable demands on both the soloist and a full symphony orchestra. But the astounding pyro-technics involved are always subservient to the essential musical structure and not purely for effect. That is what makes hearing this particular concerto such a satisfying encounter.

This performance of it was a superb achievement by soloist, conductor and orchestra combined — and was applauded enthusiastically by the audience.

The rest of the concert was devoted to Rachmaninoff’s Symphony No 2 in E minor, Opus 27. It is the favourite symphony of Neil MacLean, who was making his final appearance as leader of the orchestra.

This symphony is a late-romantic work that had been criticised by the cognoscenti of its day as being a throwback to the 19th century. But it is well constructed, passionate and tuneful, and continues to find great favour with the audiences of our time.

Passion needs to be controlled so that there is energy left in the tank for those moments of total rapture of which Rachmaninoff was a true exponent. The conductor, Stefan Hofkes, paced the work admirably and achieved a rounded and finely balanced performance from his well-disciplined resources.

The most telling moment in the entire hour-long work comes with the famous clarinet solo in the slow movement. Karen Ayton’s delivery of this was pure bliss. Her tone was warm, clear and delivered without affectation. She let the music speak for itself. Perfect.