Bandmates plan on making a night of it 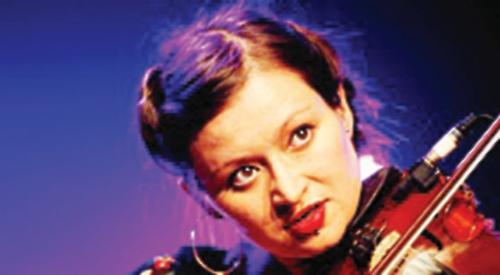 TWO of the folk scene’s most engaging performers are joining forces for a special gig at Nettlebed village club on Monday night (July 16).

Eliza Carthy and David Delarre are well known to fans of The Wayward Band, of which they are both members — but on Monday they will be combining their talents in a way rarely seen before.

Nettlebed Folk Song Club organiser Mike Sanderson said: “Vocalist and fiddle player Eliza, who has been awarded the MBE for her services to folk music, has performed many gigs for us before and on Monday night she teams up with Mawkin’s vocalist and guitarist David for this special night.”

Artists that Eliza has performed with during the course of her 30-year career include Paul Weller, Richard Hawley, Patrick Wolf and Peggy Seeger.

David Delarre is a member of Mawkin, who have been nominated for BBC Radio 2 Folk Awards on three occasions.

The band have toured the UK and Europe and recently recorded a live session for Jools Holland.

Monday’s concert is the last but one at the High Street venue before the club’s summer break.

The following week the club will be hosting its now-traditional “Folk on the Rocks” night featuring the back line from Feast of Fiddles among others.