‘Elvis’ star is called to the bar 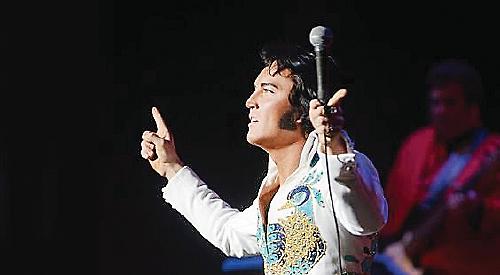 ONE of the world’s top Elvis tribute artists is playing an intimate gig at a Henley bar and restaurant on Sunday night (July 29).

Ben Portsmouth’s career highlights include appearing on the David Letterman show. His more diehard fans fly all over the world to see him perform.

In 2012, the singer and guitarist from Waltham St Lawrence made history when he won the Ultimate Elvis Tribute Artist Contest in Memphis, Tennessee, organised by Elvis Presley Enterprises.

His success led to offers from US promoters and all over the world for him and his Taking Care of Elvis band to headline shows.

Earlier this year he embarked on a “Ben Portsmouth is Elvis” world tour that saw many venues quickly sell out.

He is playing the Hexagon in Reading on Wednesday, September 12, but his website advises “limited availability” when it come to tickets.

If you fancy catching him a little sooner, however, The Square in Market Place is the place to be this Sunday.

Having played the Old Bell pub early last month with his friend Tolly on sax, Ben will be performing from 9.30pm till late.

A spokesman for the singer, who started out playing pubs and clubs in Berkshire and Oxfordshire, said: “Ben is humble and down to earth. He can’t believe he gets the opportunity to entertain as an Elvis tribute artist and he wants to stay in touch with his core fan base. There will always be a place for the smaller, more intimate concert where he can connect on a more one to one basis with his audience.”