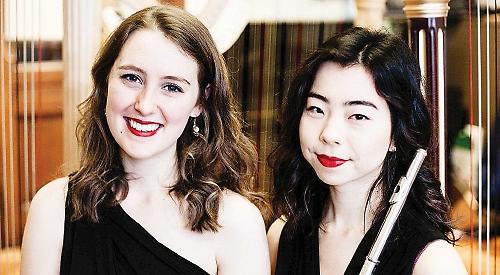 TWO top students from the Royal Academy of Music will give the fourth concert in the Hambleden summer series at the Church of St Mary the Virgin next Saturday (August 25).

Harpist Esther Beyer and flautist Mina Middleton will be in concert from 7.30pm. Concert organiser Christine Wells said: “Both have played in the National Youth Orchestra of Great Britain. They will perform music by Bach, Fauré, Jongen and Piazzolla.”

Tickets are £15 for adults, with under-18s admitted free, and can be bought in advance from Hambleden Stores or on the door.