Jazz guitarist will be pulling the strings 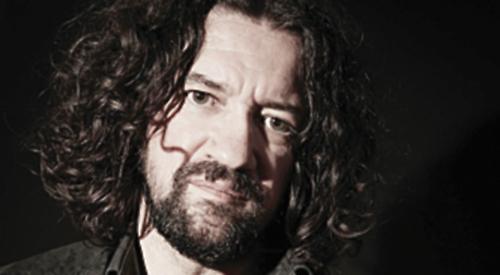 GUITARIST Denny Ilett Jr will be in concert at the Pangbourne Jazz Club
next Sunday evening (September 2).

The venue for the 7.30pm gig is the Rosewood Hall in Whitchurch Road, also known as the Pangbourne Working Men’s Club.

The son of the great jazz trumpeter of the same name, Ilett was born in 1969 and began listening to jazz — particularly Louis Armstrong — before he could walk.

Having played a number of different instruments during his childhood, Denny finally decided to concentrate on the guitar.

At first he was mostly influenced by Django Reinhardt and later by Wes Montgomery, but he always kept on listening to the great horn players such as Dizzy Gillespie, Roy Eldridge and Lester Young.

Denny joined Lillian Boutté and her Music Friends in 1997. He visited New Orleans a few times and played with some of the finest New Orleans musicians, including members of such notable bands as The Meters, Dr John and the Harry Connick Jnr Big Band.

Recent years have seen Denny running his own big band and he is considered an outstanding arranger. He is not only a guitar virtuoso but an exceptionally gifted singer.

Next Sunday he will be joined by Terry Hutchins on guitar, Brian Greene on drums and Keith Howard on double bass.

Entry is £7 and there is no need to book. The bar will be open and a raffle held on the night.

Future Pangbourne Jazz Club dates at the same venue include Lester Brown on trumpet and Phil Brown on trombone on Sunday, October 7, and Amy Roberts on saxes, flute and clarinet on Sunday, November 4.