Riot-predictors are opting for a racing certainty 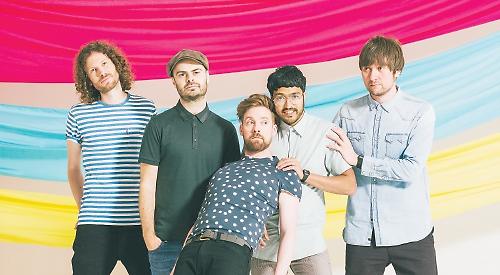 THEY famously predicted a riot — but indie rockers the Kaiser Chiefs are more likely to be found picking winners tomorrow (Saturday).

Fronted by former The Voice UK judge Ricky Wilson, the band are playing the Royal Windsor Racecourse after the racing.

It’s now 14 years since the band’s 2004 single Oh My God kickstarted an extraordinary run of hits including I Predict a Riot, Everyday I Love You Less and Less, and the UK number one single Ruby.

Mercury-nominated debut album Employment propelled the band to three Brit Awards wins and its successor Yours Truly, Angry Mob, went twice-platinum in the UK alone. The band was rocked by the departure of founder member Nick Hodgson in 2012, and the release of greatest hits album Souvenir later that year seemed to signal that they might be winding down.

“We suddenly thought, wow, we weren’t dead weight after all,” laughs Ricky. “It was about proving it to ourselves as much as to anyone else. Thinking about it now, that success was all about turning the boat around. Kaiser Chiefs have done rather well out of having ideas above our station.”

Tickets for tomorrow night’s show are priced from £39. To book, visit www.windsor-racecourse.co.uk/
whats-on/kaiser-chiefs-live