Orkney pals have been growing up in public 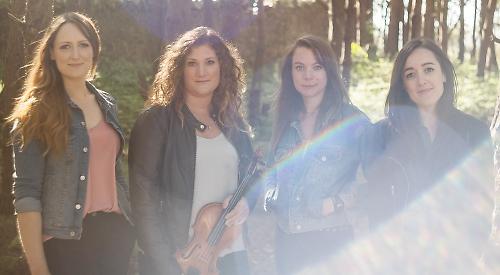 TWO years on from the release of their debut album, Orkney folk favourites Fara have come a long way.

Now with the impending release of their second album, they are returning to Nettlebed village club on Monday night (September 3).

The concert, which starts at 8pm, is the opening night of the band’s 18-date UK tour, which runs through to the end of October.

It is also first in the 2018-19 season of weekly gigs at the High Street venue organised by Nettlebed Folk Song Club.

Club organiser Mike Sanderson said: “Fara will be presenting a special show to coincide with the release of their second album, Times from Times Fall — featuring songs and instrumental tracks to celebrate the community which inspired them to become musicians. An album rooted in the spirit of the Orkney Isles and its people, it combines the unique Orkney fiddle tradition with contemporary and original songs and tunes.”

The album, which is released on Friday, October 19, is currently available to pre-order, but the band will be showcasing a number of the tracks from it live on stage on Monday night.

Kristan Harvey, Jeana Leslie and Catriona Price’s dynamic fiddles together with Jennifer Austin’s piano produce a fiery sound rooted strongly in their upbringing surrounded by the music and traditions of Orkney.

Having been friends for most of their lives, the girls’ schooldays saw each of them learning to play a range of instruments.

As teenagers, the three East Mainlanders of the band — Jeana, Catriona and Jennifer — played in fiddle group Hadhirgaan at Kirkwall Grammar School, while Kristan, a West Mainlander, was a member of Jenny Keldie’s group Shoramere at Stromness Academy.

But on returning to the Orkney Isles, they reunited to form Fara in 2014, having made a number of guest appearances as The Chairettes — an occasional part of big band and Orkney folk music institution The Chair.

At one gig the foursome played a couple of sets on their own, leading Bob Gibbon, the accordionist with The Chair and director of the Orkney Folk Festival, to suggest they form a new band.

One inspired name change later, and Fara was born.

With vibrant arrangements full of rich harmonies, energetic fiddle playing and driving piano, the past four years have seen the band establish themselves as an exciting and unforgettable live experience.

In the studio, the four contrasting personalities and individual voices in Fara make for a colourful melting pot of ideas, with each of the members bringing a different musical palette to the table.

While the strong fiddle tradition that they grew up with is the glue that binds them together, the band combine musical experiences and friendship to produce an exciting and individual sound based around their blend of self-penned and traditional Orkney tunes, plus songs with lead vocals from Jeana backed by lush four-part harmonies.

Fiddle player Catriona said: “We were asked to form in 2014 for the Orkney Folk Festival and we have never looked back. That gave us such a great excuse to get the band going, which was something we’d been chatting about for a while.

“We’d all known each other since we were children but coming back together as adults, having gone away and each done different things musically, has given the band a unique sound — everybody started out in the same way, but now all bring different musical aspects to the table.

“We’re all such brilliant friends and we absolutely love touring — we’re especially looking forward to this tour as we’ll be getting to showcase material from the new album, which we hope the Nettlebed village club audience will enjoy! We look forward to seeing you there.”

Tickets for Monday’s show are priced £15 in advance and £16 on the door. For more information and to book, call 01628 636620 or visit www.nettlebedfolkclub.co.uk

The Nettlebed season continues on Monday, September 10, with the visit of the Michael McGoldrick Trio featuring McGoldrick on pipes and flute with Dezi Donnelly on fiddle and Ed Boyd on guitar.

Mike Sanderson said: “Mike and Dezi have been playing together in the Manchester area since they were nine years old and present their new album Dog in the Fog with Ed, who is widely regarded as the finest guitarist on the European folk circuit.”

The last day of September will see the start of the autumn season of “Folk at Norden Farm”.

Billed as two of the most dynamic musicians on the folk scene, the pair will be striking sparks off each other with a selection of songs, Northumbrian rants, jazzy ballads and old-time reels.