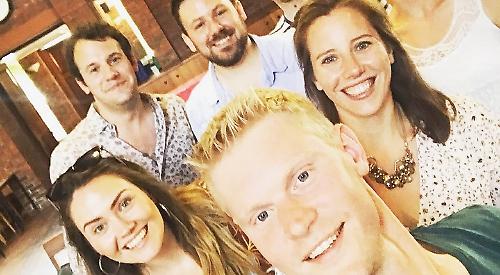 AN opera company that aims to give young singers a start is returning to Henley with an Italian take on the classic story of Romeo and Juliet.

London-based Opera Holloway visit Christ Church in Reading Road next Friday (September 7) with their production of Vincenzo Bellini’s I Capuleti e i Montecchi, based on Luigi Scevola’s 1818 play of the same name.

The 7pm performance is the second date on the company’s autumn tour and the fifth year in a row that they have performed in the Henley area, having previously been hosted by Fawley-based charity Opera Prelude.

Following the success of last year’s Forties-inspired production of Così fan tutte, this year’s production is set in Fifties Verona, where the stifling heat fans the flames of a budding romance.

In this poor neighbourhood, controlled by the mafia, Romeo and Giulietta fight to unite their families, the Montagues and the Capulets, and keep their relationship alive.

Music director and Opera Holloway trustee Lewis Gaston said the production represents something of a departure for the company.

“It’s the sort of tragedy that we’ve not done in a few years, but given that it’s such a fantastic piece of drama and that it’s a story people are familiar with — and the musical style is just absolutely irresistible — it seemed like a really good tragedy to take on tour, even though at the venues that we’ve been to in the past we’ve always done fairly comic things, if not farce.

“So that’ll be a nice change. But it does change the dynamic. The comic operas were great opportunities to start something from scratch and put a whole new life on it and bring out the comedy.”

There are five singers in the cast, with mezzo-soprano Sophie Dicks playing Romeo opposite soprano Callie Gaston as Giulietta.

Lewis, who is married to Callie, explained that Sophie’s “breeches role” reflects Bellini’s opera as it was originally written. “It’s a funny one and there are lots of arguments for and against it,” he said.

“It goes back a long time and it’s kind of gone both ways. If we go back more than 400 years then women weren’t allowed on stage so all the roles were men. Then you come forward and castrati went in and out of fashion. And this opera’s really just after that time.

“The main reason for this in Bellini’s version is not fashion at all — it’s just that the two voices blend together so beautifully that he actually wanted it that way.

“In opera, trouser roles are very common, but it’s not for a particular dramatic purpose and it’s certainly not because of a particular fashion at that time.

“It does occasionally get done with a tenor in the role of Romeo — very occasionally. And you then have a much bigger problem, which is that Romeo and Tebaldo — his rival for Giulietta’s affections — they have a lot of music singing together, and two tenors singing together is just something that doesn’t come across very well, so that presents completely new musical obstacles. So, yeah, we’re sticking to what Bellini intended.”

“Fiona’s great with the cast and she’s fantastic from a dramatic perspective,” said Lewis. “She never ceases to surprise us with something new in rehearsals which helps the characters — and it’s always good fun as well. Everyone enjoys working with her, so that’s been a great partnership.”

Prior to Così fan tutte, Opera Holloway’s productions in the Henley area have included 2016’s Don Pasquale and 2015’s La Scala di Seta, where the aim has been to make the artform as accessible as possible for a general audience.

“Some people have never been to see an opera before, so they want something pacy,” says Lewis. “They don’t want something that’s very heavy or very weird and wacky, particularly if we’ve got newcomers or families with children coming. But they’re always fast-paced and they’re always either dramatically really gripping or funny.”

• Tickets for I Capuleti e i Montecchi are priced £30. To book, visit www.thelittleboxoffice.com/
operaprelude. For more information, including tour dates, visit www.operaholloway.com