Chamber musicians to weave their magic at hilltop church 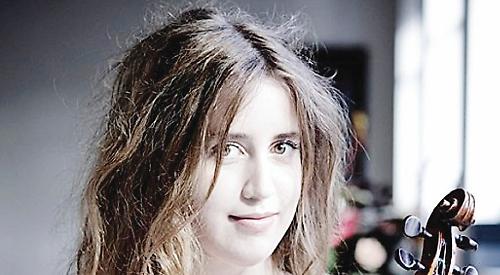 THERE is something magical about hearing chamber music performed live and close up in a small venue, writes Anna Del Nevo.

You may be a classical music connoisseur or you may have never been to a classical concert before.

Either way you cannot fail to be blown away by the experience of a West Wycombe Chamber Music Festival concert — in which you will hear small groups of the world’s foremost instrumentalists making music together in the intimate atmosphere of the Church of Saint Lawrence atop West Wycombe Hill.

The audience becomes engaged in the musical conversation between the players, an experience that is emotional and thrilling, often spine-tingling.

The festival is masterminded by Lawrence Power, born in West Wycombe and one of the world’s leading viola players. His programmes are always well thought out, often juxtaposing well known repertoire with the occasional more obscure piece, which invariably turns out to be a real gem.

This year the inspiration for the programme is New Paths — both in the sense of bridging the gap between old and new music and of composers reacting against the past, such as those writing at the end of the First World War who were looking for a new direction.

The 2018 programme includes works by Brahms, Dvorak, Fauré, Dohnányi and Piazolla, to name but a few.

The festival’s musicians regularly grace the stages of the world’s main concert halls, with violinist Vilde Frang, pianists Pavel Kolesnikov and Simon Crawford Phillips, cellist Adrian Brendel and violinist Annabelle Meare among this year’s line-up — not to mention Lawrence Power himself and his newly formed chamber orchestra, Collegium. Running from Thursday (September 13) to Saturday, September 15, the festival includes an evening concert on the Thursday and two concerts, morning and evening, on both the Friday and Saturday.