Keyed up for recital 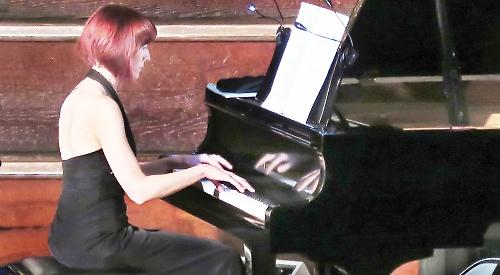 ONE of Henley’s leading concert pianists will be back in action next weekend following the success of her Wallingford series of winter recitals earlier this year.

Anita D’Attellis will be performing at All Saints’ Marlow on Saturday, September 15, following the church’s acquisition of a Yamaha C3 grand piano.

A spokesman said: “We are delighted that acclaimed national recitalist Anita D’Attellis will be performing the inaugural recital. Don’t miss this opportunity to hear Chopin, Ravel and Beethoven played to the highest level in a beautiful building.”

Anita is also due to perform with the West Forest Sinfonia at the Great Hall in London Road, Reading, at 4.30pm on Sunday, October 7.