Jazz newcomers are a big band but not a Big Band 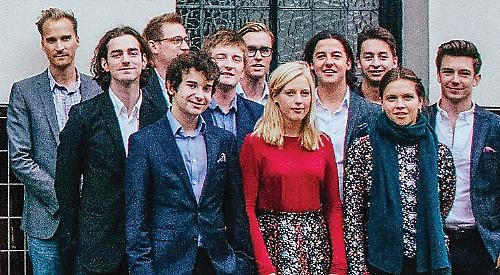 AN 11-piece band led by the winner of the 2018 Kenny Wheeler Jazz Prize are playing the Progress Theatre in Reading on Friday, September 28.

Elftet is the brainchild of 22-year-old vibraphonist, drummer and composer Jonny Mansfield.

Now in its eighth year, the Kenny Wheeler Jazz Prize is awarded to a graduating jazz musician at the Royal Academy of Music who demonstrates excellence in performance and composition.

Following on from his win, Mansfield has been recording an album to be released on the Edition Records label next year.

A spokesman for concert organisers Jazz in Reading said: “Elftet is a marvellous young jazz group — probably quite unlike anything you’ve heard before. The band has woodwind, brass, string and percussion sections but it’s not a symphony orchestra. It’s quite a big band — 11 players, as the name implies — but it’s not a Big Band as we would know it.”

Doors open at 7pm and the concert starts at 7.30pm. Tickets are £16. To book, visit www.ticketsource.co.uk and search for “Elftet”.