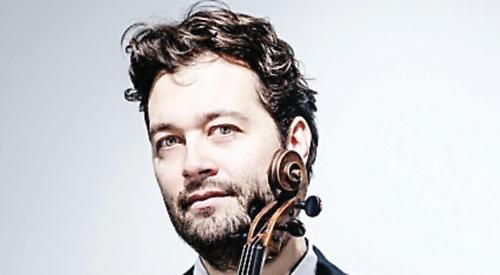 This year, a particularly dedicated couple travelled down from Yorkshire. And one can appreciate why — because the intimacy of St Lawrence Church, high above West Wycombe, the presence of world class musicians and the festival’s imaginative programming never fail to create the most memorable of experiences. We have become used to expecting nothing less.

As usual, Lawrence Power had unearthed some interesting material, this time under the theme of “New Paths”.

To perform it he invited violinists Vilde Frang, Annabelle Meare and Tim Crawford, pianists Pavel Kolesnikov and Simon Crawford-Phillips, cellists Adrian Brendel and John Myerscough, and violist Timothy Ridout. And, for the final concert, he introduced his newly-formed Collegium Orchestra.

I attended two of the five concerts plus a masterclass — the latter clearly demonstrating that teaching is not only in Lawrence Power’s DNA but that he also does it brilliantly. His insightful, constructive approach would have left three music students in no doubt as to the adjustments they needed to make.

Friday’s lunchtime concert was attended by local schoolchildren and, by accident or design, proved appropriate. It began with the Brexit Polka for solo viola and Twinkle Twinkle You Big Star by Russian/German composer Igudesman.

Lawrence Power’s navigation of the complex double-stopping of the Brexit Polka at such high speed, while incorporating all 27 member states’ national anthems, was jaw-dropping.

And for child-friendly completeness, Vilde Frang performed Alan Ridout’s Ferdinand the Bull for violin and narrator with Lawrence Power as reader. It was, like the Brexit Polka, extremely challenging, but she dispatched it with apparent ease.

Saturday evening’s gala might also have been part-billed as a celebration of youth. The musically mature young violinist Tim Crawford was the perfect complement to Lawrence Power and Annabelle Meare in Dvorak’s Miniatures for Two Violins and Viola.

Yet more youthful talent was to be injected into the proceedings as the Collegium Orchestra took to the stage. Its members responded magnificently to Lawrence Power’s every lead and nuance.

First, in Ivor Gurney’s soporific Sleep, arranged for viola and strings and accompanied by readings of the composer’s own poems by Timothy Ridout. Shostakovitch’s Romance and Recitative Op 68 for Strings was slotted in. So well did it fit that the audience was unaware it had happened.

Then followed a stunning rendition of Piazzolla’s Four Seasons, cleverly interspersed with exquisite arrangements of Brahms and Schubert songs for viola and strings.

Both performances were imbued with Lawrence Power’s profound sense of the music’s direction, and always sympathetically supported by Collegium.

A well-deserved and prolonged standing ovation brought the curtain down on an extraordinary festival that will linger long in the memory.

For details of future events and next year’s festival, visit www.westwycombechambermusic.org.uk

You may also wish to email westwycombefestival@gmail.com to have your name added to the mailing list. You won’t regret it.