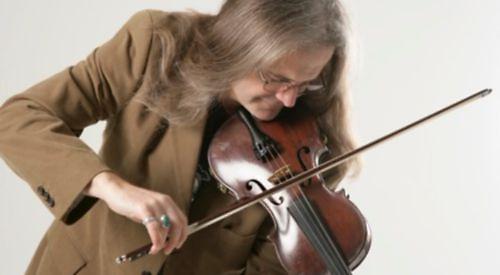 FOLK veteran Chris Leslie is bringing the magic that made him a star of Fairport Convention to Nettlebed village club on Monday.

A multi-instrumentalist who also performs with Feast of Fiddle and St Agnes Fountain, Banbury-born Chris has a second career as a soundtrack composer.

Born in 1956, Chris grew up in Oxfordshire. As a child, his brother John steered him toward The Watersons’ Frost and Fire, Dave Swarbrick, and The Corries.

In 1969 he began to teach himself fiddle and modelled himself on the playing of Dave Swarbrick of Fairport Convention, Peter Knight of Steeleye Span, and Barry Dransfield.

Leslie made his first recording at the age of 16 with a Banbury-based electric folk band before forging a successful career on the folk club circuit and recording his debut album The Ship of Time in 1976.