Concert pianist will have us in Rhapsody 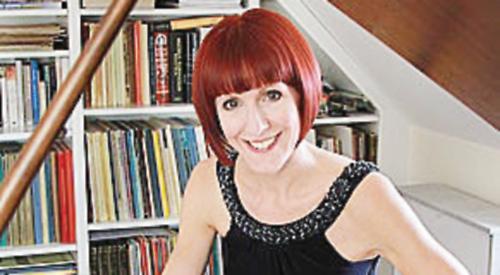 ONE of Henley’s leading concert pianists will make her debut with the West Forest Sinfonia at the orchestra’s first concert of the season on Sunday (October 7).

Anita D’Attellis will be performing Rachmaninov’s Rhapsody on a Theme of Paganini at the Great Hall in London Road, Reading.

The concert, which starts at 4.30pm, will open with Vltava by Smetana and conclude with Brahms’s Symphony No1.

A spokesman said: “The programme contains some of the best loved romantic music from three great composers. Vltava or ‘The Moldau’ — one of Bohemia’s great rivers — is probably Smetana’s best known work. The piece is programmatic and, in the composer’s own words, ‘describes the course of the Vltava, starting from two small springs, the Cold and Warm Vltava, to the unification of both streams into a single current ... through woods and meadows, through landscapes where a farmer’s wedding is celebrated ... swirls into the St John’s Rapids, then it widens and flows toward Prague, then majestically vanishes into the distance’.

“The Rhapsody on a theme of Paganini is scored for solo piano and symphony orchestra. It takes the form of a very short introduction with a set of 24 variations based on the final theme of Niccolò Paganini’s 24 Caprices for Solo Violin, a sprightly melody that has given inspiration to many other composers, including Andrew Lloyd Webber!

“Brahms’s Symphony No1 is the final work in the concert. After a couple of false starts, Brahms finally began composing this symphony in 1868. However, he was so self-critical and lacking in confidence about his abilities that it was another eight years before the work received its first performance. It was worth waiting for and is truly one of greatest symphonic works ever written.”